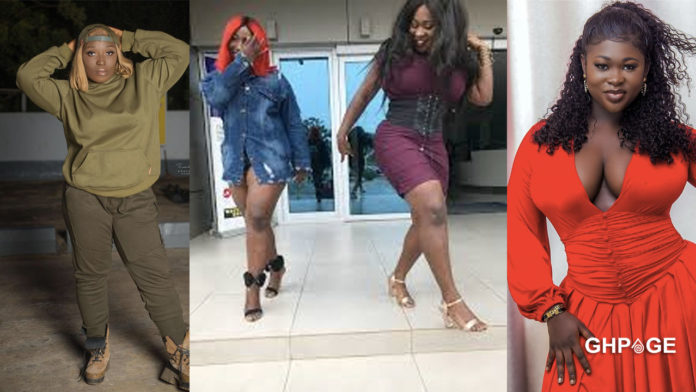 Sisata Efia has launched an attack on favourite female rapper Eno Barony refering to her as an ungrateful being.

It would be remembered that months back, Sista Afia and Freda Rhymz got into a serious beef that even led to a fight at the premises of TV3.

During the beef, Eno Barony and Ohemaa Dadao names where mentioned to which they also responded but it wasn’t as serious as between Sista Afia and Freda Rhymz.

According to Sista Afia on Fella Makafui’s new show, the whole beef thing was a planned thing between them and this comes as a shock to all of us.

The Queen Solomon singer in speaking about the beef, stated that she personally called Eno Barony on phone and told her about what she was up saying it would put female rappers on their toes.

She alleged that Eno Barony agreed to the plan only to stab her in the back.

Ghanaians might soon experience another lyrical beef should Eno Barony choose to respond to Sista Afia.