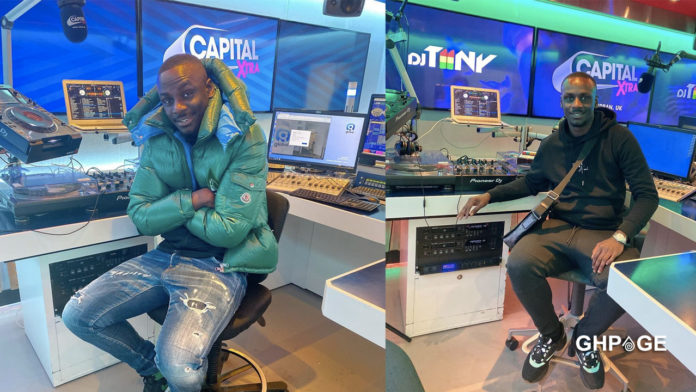 UK based Ghanaian Disc Jockey DJ Tiiny has been sack by Capital Xtra for allegedly taking money from an artiste to play his song.

According to a source, DJ Tiiny real name Frank Boakye-Yiadom, 24, got his contract with the popular British radio station terminated after he took £200 from an artiste.

The DJ who only plays on air on Friday night promised to play the song of the artiste for two weeks on his programme.

An email sent as prove sees the DJ telling the artiste that he would first listen to the song then give him feedback later after which he would be expected to pay £200 for his song to be added to his playlist.

He wrote: “If you wish for the track to be premiered on my Friday night show, there would be a charge of £200 for one track.

“This would also include keeping the track within my radio playlist for two weeks.”

A report from the radio station indicates that DJ Tiiny has been taking money from artistes in other to play their songs ever since he joined them in 2018.

His former employers Capital Xtra has however pulled down his profile on their website.