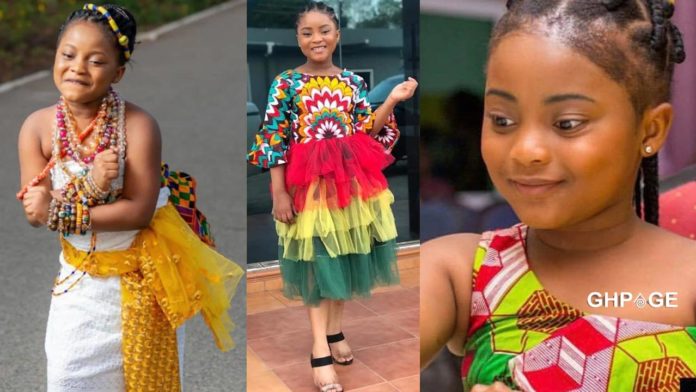 The mother of TV3 Talented Kids season 10 winner, Nakeeyat Dramani has reacted to allegations from a section of Ghanaians that she is bleaching her daughter.

According to the woman, Nakeeyat is not bleaching as some people have alleged and that the images circulating are false representations of her daughter.

Nakeeyat’s mum claims everyone in her home including Nakeeyat applies only baby oil as their moisturizer after bathing; they don’t use any cream that can whiten their skin and Makeeyat is not exempted.

She went further to release some photos to prove Nakeeyat still has her chocolate color that Ghanaians love and cherish.

See the photos below

Ghanaians woke up a few days ago to photos of Nakeeyat with multicolored skin on social media and people immediately got angry.

The anger was directed at the mother of the child since Nakeeyat is only a child and still living under the roof and protection of her mother.

See one of the photos below

Well, the mother has spoken and denied these allegations but time will reveal all secrets.

Tags: ‘I am not bleaching my daughter’- Nakeeyat’s mother speaks on bleaching stories