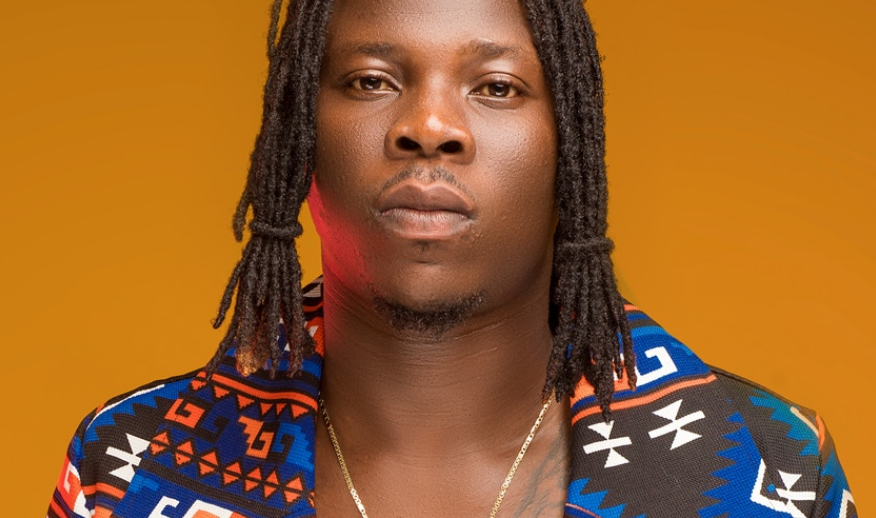 For decades, illegal small-scale gold mining in Ghana (often known as galamsey) has ravaged the country.

Illegal mining is not only dangerous safety-wise for individuals who want to engage in it, but fosters risky behaviour, which has negative ramifications that limit the country’s progress.

Stonebwoy, an elite Ghanaian artiste, is currently playing a significant role as a whistle-blower, speaking out against the country’s expanding peril heavily carried out by Chinese nationals.

His latest conscious reggae track dubbed ‘Greedy Men’, paint a realistic image of what it is like to be a Ghanaian living in or near mining areas.

Singing about some of the effects this activity has on the country, the award-winning artiste spoke about the economic loss, greater loss of life and property, poisoning of soil and groundwater, biodiversity loss, chemical leakages, and other long-term negative repercussions the activity is having on the country.

“Because of illegal mining, cocoa production is declining. Deforestation and rise in violence are climbing every day. Many men shall die because of the greediness of another man,” Stonebwoy said in the song.

In the video, Stonebwoy highlighted how these Chinese nationals engage in illegal gold mining in Ghana in their quest for riches to the detriment of the people.

He also highlighted how the foreigners use the underprivileged as cheap labour in mines of communities where they labour long hours for peanuts to dig gold and other important minerals to profit themselves.

Social media is already awash with excitement just hours after its release. The song is available on streaming platforms.

Meanwhile, Stonebwoy has announced additional dates for his UK tour ‘Anloga Junction.’ The three-city tour, which will feature Amaria BB, will take the Grammy-nominated musician to theatres and venues in three locations throughout the United Kingdom.

He will perform at the O2 Academy Islington in London on November 21, the Academy 3 in Birmingham on November 25, and the O2 Institute 3 in Manchester on November 26.