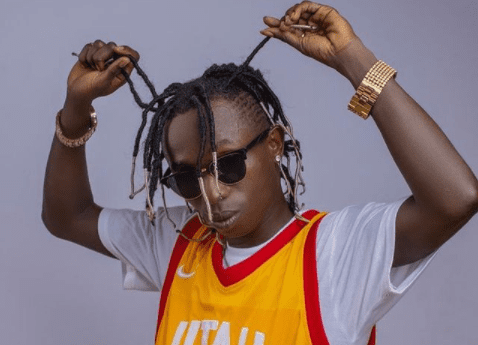 Patapaa Amisty says he wrote his new single, ‘Sika Wo Borlar So’ for critics, who say all his songs are ‘trash’. He hopes they find sense in his new single.

Speaking in an interview on 3FM Drive with Giovani Caleb, Patapaa said this new song is full of wisdom. According to him, people said his songs doesn’t make sense which troubles him.

According to Patapaa, ‘Sika Wo Borlar So’ talks about people and money. But talking about money doesn’t necessarily mean you have money. He said some people have become wealthy from menial jobs, but because they still do the same work, you might think that they are poor. But someone who looks rich might actually be living a fake life on borrowed funds.

Patapaa also revealed that his songs are written either by his manager or wife. Wadding into the current unique genre debate, he hopes to bring back highlife with his song featuring Wendy Shay. To honour the pioneers of Ghanaian highlife music.

Patapaa concluded by urging all the wise people in Ghana to listen to his new song, ‘Sika Wo Borla Su’. Featuring feat. King Paluta & Ypee. He said they should listen to the experience and advice.

Tags: so I gave them ‘Sika Wo Borlar So’ – Patapaa They want ‘sensible songs’