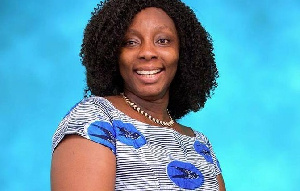 Ghanaian Counselor Charlotte Oduro has advised married women and those preparing to get married not to opt for divorce when their husbands are impotent.

She noted that marriage is not always rosy and so the couple, particularly the women, should stand solidly with their men when storms arise on the journey and sail through together.

“If you want to marry, you need to understand what marriage is all about. Ask yourself will you be able to go through the storms in the marriage. Abeiku, everybody has got a storm in a marriage but the current generation women give up when the storm comes. She will say the love is over; I don’t love him again all because the man’s money has finished. So, the foundation the woman brought to the marriage was based on money. When the money is not there anymore, there is a problem. But is the woman seeing beyond the issue?”

To her, many women, especially of this new generation, have lost the plot when it comes to marriage.

“You can marry a man and for two years, he’s active in bed but an unfortunate thing could happen and he can’t perform well in bed again. Are you going to divorce him because he’s not performing? There is more to marriage than this. You stand with the man because you see beyond. You pray for him. You stand in every storm. Marriage is not all good,” she said.