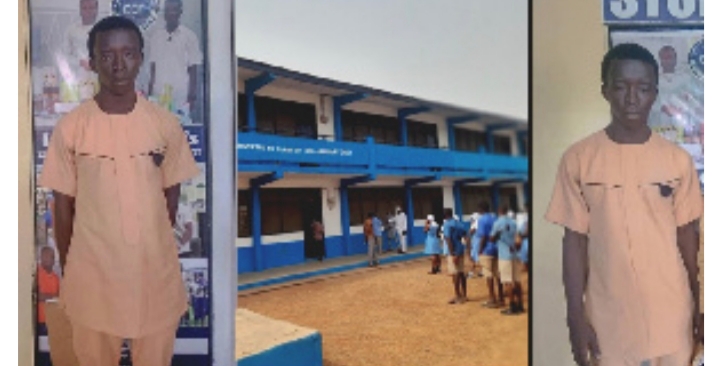 23-year-old ex-convict, Abu Safianu Yahaya who dreams of becoming a nurse has his hopes dashed because of his ex-convict status.

He has therefore appealed to the government to come to his aid to gain admission into any of the three different Senior High Schools who refused to enroll him.

“My own siblings stigmatize me and accuse me of stealing. A sardine got missing in the house and they said I stole it. I nearly cried. I have threatened to commit suicide if I don’t get admission. I want the government to help me.” He appealed.

“All the schools I tried to get admission asked me to go back to my former school for a recommendation letter before they can admit me. The Awe SHS head teacher after reading the recommendation from the Kumasi Central Prison where I wrote my BECE, told me unless I go to the Ghana Education Service head office in Accra he wouldn’t be in the position to admit me,” he told crimecheckghana.

He added that, “the Fumbisi Head teacher who seemed willing to admit me said he would get into trouble if he enrolls me in the school”.8⁸

According to Yahaya, he was convicted by a Kumasi High Court for stealing and was jailed to serve twelve years at the Kumasi Central Prison after he and his accomplice snatched someone’s bag in Kumasi.

“I engaged in untoward behaviour for sometime before my conviction. Now, I have repented,” he admitted.

The young ex-convict said he served four years of his term after his family members appealed his sentence following the death of his father. This he said was because his presence was required to enable the family undertake a ritual for his deceased father.

“The appeal of my sentence cost Six Thousand Ghana cedis. The money was raised by one of my uncles. I am my father’s first male child so I was needed to be present to enable the family carryout the ritual,” he added.

Yahaya says he is at a loss after going to prison to reform. He leaves the facility with good grades, only to be told society has no place for him.