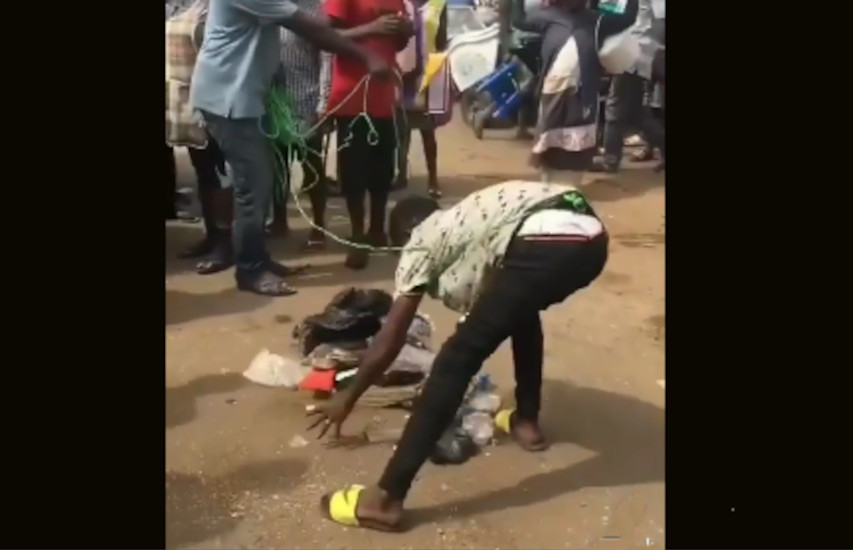 A notorious mobile phone snatcher received the beatings of his life after he was caught red-handed in the act.

The market women who can be heard talking at the back of the video revealed that this is not the first time the petty thief has been caught and lynched.

But since he has thievery embedded in his blood, he can’t stop stealing.

After he was caught, a rope was tied around his waist and made to sweep the whole of Kaneshie market as his punishment.