A 31-year-old man on Thursday, August 19, 2021 allegedly committed suicide at Duase near Kenyaase in the Kumasi Metropolis of the Ashanti Region.

The deceased only identified as Shatta was found hanging in an uncompleted storey building at about 9:00 a-m in the morning.

Police from Kenyaase after visiting the crime scene are yet to unravel the reasons that led ‘Shatta’ to take his own life.

According to the police, a mobile phone, a pair of footwear, a pen and an exercise book were retrieved from the scene.

Speaking in an interview with this reporter, a resident from the house where the incident occurred Mr Micheal said the man was engaged to work on the ceiling of the building were the incident happened. 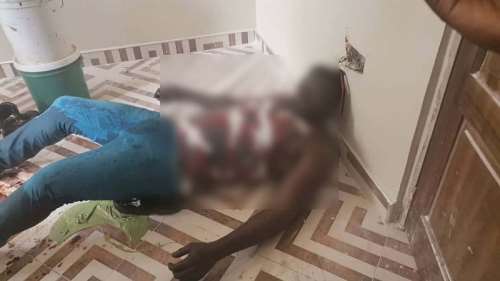 He added that Shatta who has been working in the house for the past three months has finished the contract with all money paid him.

He added the deceased was later found hanging in one of the rooms three days after he (Shatta) had parked all his belongings and left the area.

A Unit Committee Member for Duase Electoral Area, Mr Kofi Kakari said the incident is a surprise to residents in the area as many are wondering what could compel the young man to commit such an act.

The body after inspection by police has since been deposited at the Okomfo Anokye Teaching Hospital for autopsy.