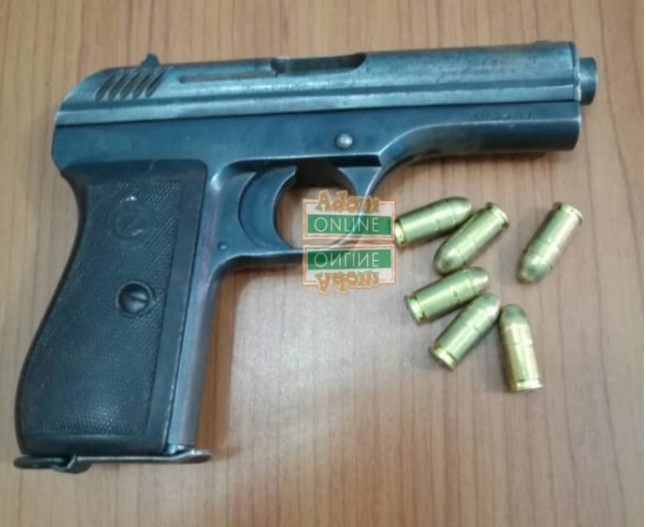 Pastor Isaac Opoku, who is in his 40s, was shot at a close range by the assailants when he was preparing for a church service.

The victim, who is currently battling for his life at the St. Martins Hospital at Agroyesum, is the head pastor of End Time Evangelical Ministry at Yawkrom.

The hoodlums entered the church premises under the guise of seeing the pastor for counseling; they walked directly to the victim and inquired from him whether he was Isaac Opoku.

Kaakyire Amoako, alias Opanyin, who briefed the media, said as soon as the pastor confirmed his name, one of the robbers asked him to say his last prayer before he shoots him.

He alleged that the preacher was dumbfounded, obliged to the request of the assailant, bowed his head, and started muttering some words.

After praying, he raised his head only to be shot in the chest by one of the criminals.

The other member of the armed gang who was also armed with a gun, stood outside to survey the area as the operation went on.

Currently, grieving residents of Yawkrom are unable to ascertain what might have led to the gruesome action of the assailants.

Kaakyire Amoako claimed that the two gunmen who were wearing nose masks fled the scene by entering a nearby bush.

According to him, the victim was rushed to the hospital for medical attention when desperate cries by terrified church members attracted people to the church.

He said, a complaint was lodged with the Manso Nkwanta District Police Command and an official statement from the victim has been taken.

Maame Pokuaa, known as Akua Donkor, who also spoke to the media said Pastor Opoku was a quiet person, wondering why anyone will want to kill him.