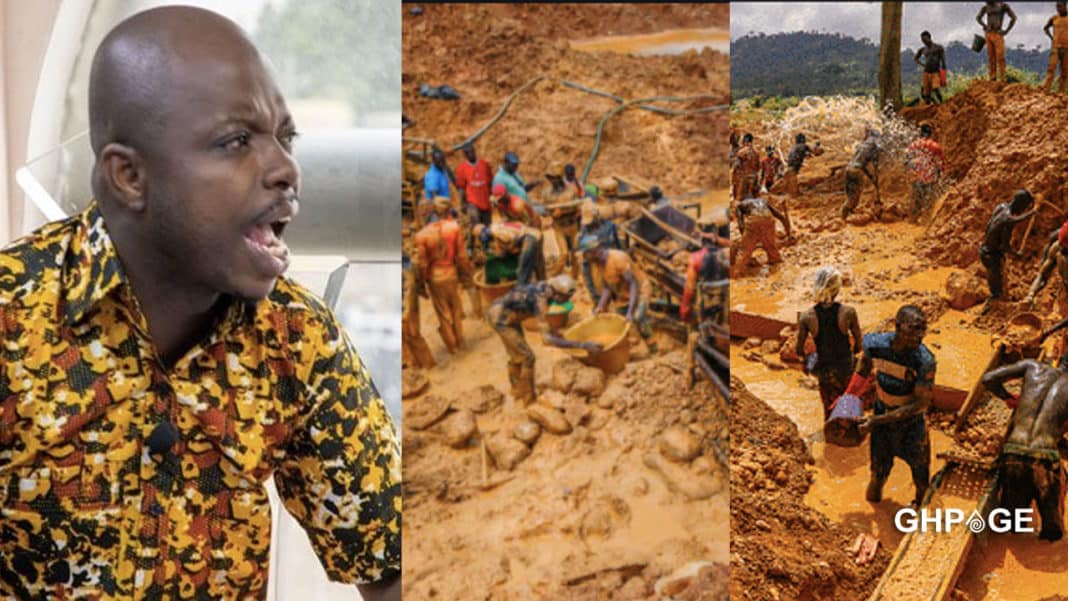 The Bono regional chairman of the ruling government NPP Abronye DC has named some government officials who are engaging in illegal mining in the country.

For some years now, there have been calls to wipe out illegal mining in the country since it has destroyed water bodies and some farmlands.

As it stands now, the government together with some stakeholders are putting in various efforts to safeguard the lands and water bodies that have been destroyed by this illegal activity.

According to Abronye, despite the fight by the government, some officials are still engaged in the act.

Speaking on Wuntumi Radio, he fingered the Head of monitoring and Evaluation at the Ministry of land and Natural resources as one of the people who are fighting against the galamsey fight.

He explained that not only is he engaged in galamsey but he also chops down trees in the forest which he sells to people.

He said: “Head of Monitoring and Evaluation at the Ministry of Lands and Natural Resources is deeply involved in galamsey. A ministry that is fighting galamsey has its monitoring and evaluation boss involved in the act they are fighting. He Dows the galamsey with some big man at the Adamso forest in Obuasi”

He promised to name and shame all the government officials who are trying very hard to tarnish the name of the president in regards to dealing with galamsey.