Veteran actor Prince Yawson popularly known as Waakye has been confirmed dead by a family source.

The actor has been unwell for sometime but passed away on Tuesday, August 2, 2022. His cause of death is not yet known.

The 52 year old has allegedly been striken down by mild stroke since 2013. 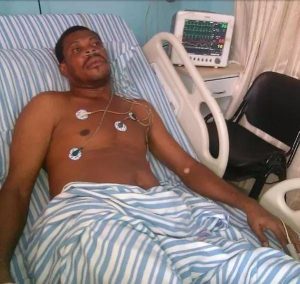 Recently, the veteran actor was ordained as a Pastor, when he graduated with a Bachelor’s Degree in Theology from My Life Theology University in Accra.

He has featured in popular movies such as ‘Diabolo’, ‘Babina’, ‘Obra’, and ‘Chorkor Trotro’ – a Ghanaian comedy series which is aired on TV3 – in the early 2000s.