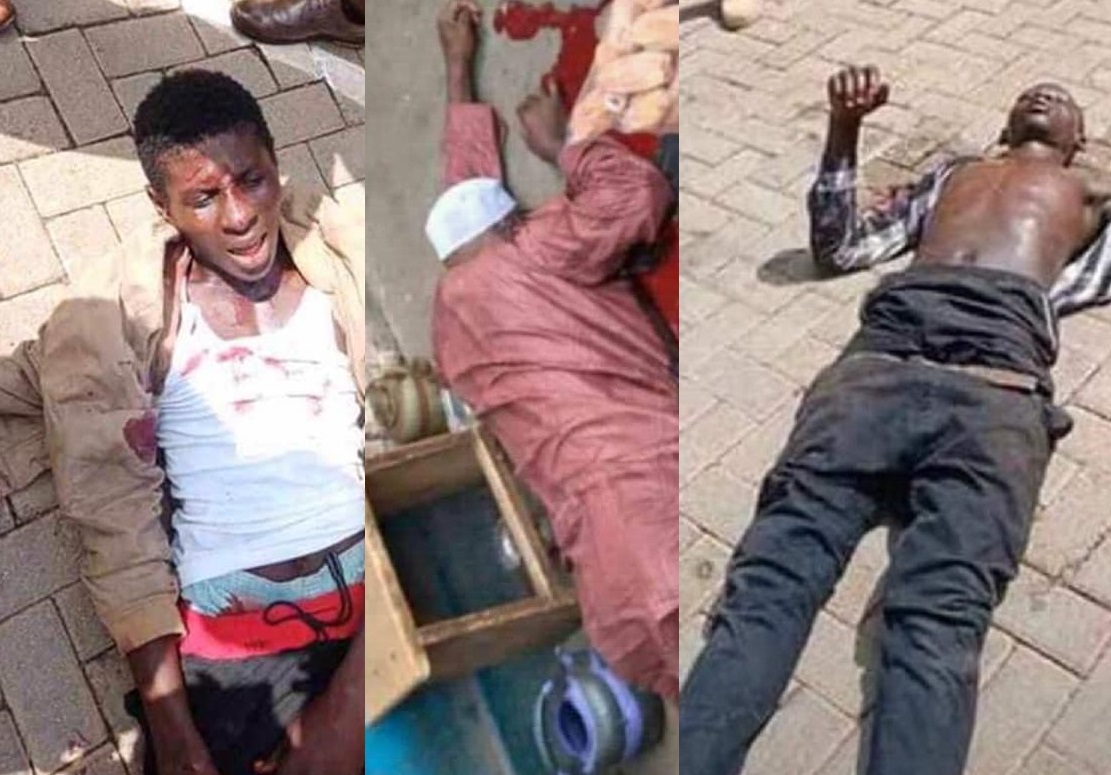 Two teenagers and one other have been arrested by police for their involvement in the Rambo-style armed robbery at Alabar, a suburb of Kumasi on Friday afternoon.

MyNewsGh.com reported a broad day light robbery at Alabar, the biggest black market in Kumasi leading to the death of one Nuhu in his mid 40s and the injuring of three others.

Traders operating at Kumasi Central Market, Dr Mensah, Kejetia and Ashtown were seen fleeing the scene that could pass for a movie as the robbers scared any obstruction while bolting with their booty.

The incident occurred at about 12:30pm when the yet to be identified businessman has gone to the bank to withdraw cash and had barely left the premises when they zoomed in.

Some of the traders in an interview with Pure FM’s Osei Kwadwo said “the armed robbers stormed Dr Mensah, Kejetia, Central Market with gun. They ordered traders especially those operating in stores to give them their money”.

Some of the traders and businessmen and women were wounded with one who has been identified as Anwar Hussain losing his life.

Tags: Alabar Robbery: 2 teenagers one other arrested by police