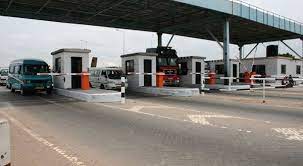 The Minister of Roads and Highways, Kwasi Amoako-Attah, has said that road tolls, which was abolished in November 2021 might be reintroduced in the future.

Road tolls were abolished after the presentation of the 2022 budget but at a town hall meeting on e-levy in Koforidua on Thursday, January 27, 2022, the Minister of Finance Ken Ofori-Atta hinted that it may be re-introduced.

This is due to the fact that some major roads in the country are been expanded into six lanes and dual carriage roads. Ghana earned about 78 million cedis a year from Road toll, averaging 5 to 6 million cedis.

According to the Minister, 78 million cedis cannot construct 10 km of road. He said that Ghana has a total road network of about 78,000km, which constituted 97% of all forms of transportation. He said that Ghana have to work on roads because it is like a pivot around which economic development evolves.

The Roads and Highways Minister is hopeful the introduction of the e-levy which seeks to mobilize GH¢6.8 billion a year would be a game-changer in the road sector.

It is noted that the E-levy will put in excess of 6 to 7 billion cedis into the road sector to build the road infrastructure.

The money can be securitized and used to raise a road sector bond of about US$10 billion dollars and that will be the way revamp the sector.

The government has constructed about 1,400Km of roads in his first term and expected to construct 1,500km roads in the second term.

The government’s focus is to dualize all major roads in the country, including the busy road from Accra to Kumasi, continuing from Kumasi all the way to Paga.

The first 17km from Tema on the Aflao road, and a little beyond the central university college is been constructed with the contractor been on site. Tema – Akosombo is also being dualised. The Accra to Cape coast road is also been dualised.