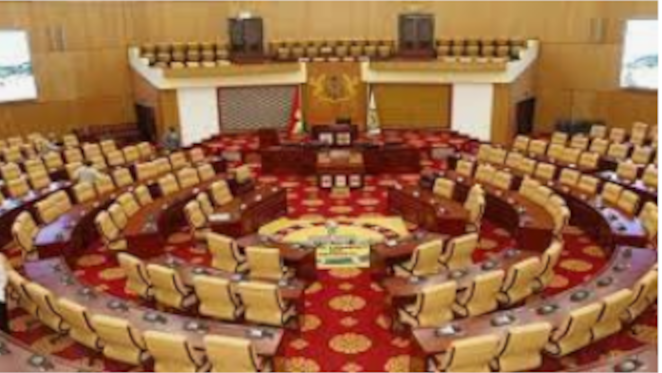 The Ghana government is finding it difficult to get the controversial Electronic Transactions Levy (E-levy) bill passed into law.

This is because the NPP Majority is finding it difficult to get all 137 MPs in the House during proceedings, therefore, the bill has not been re-laid before
the House since it resumed for the second session.

MP for Assin Central, Kennedy Agyapong, has spoken out against some of his colleagues urging them to resign if they are not interested in helping the government to achieve all the promises it made to Ghanaians.

Speaking in a radio interview recently, the MP noted that, some of his colleagues use parliamentary hours to pursue other interests rather than the governments.

He said “If you are not ready to be an MP, leave the post. Nobody forced you to be an MP. We are sick and tired of your bogus attitude. People are scared to
tell you but I will because I don’t fear anyone. I have to go for a check-up but I’m here because of my party and country.”

“What kind of nonsense is going on in NPP. Every day, you hear them say this and that, you can go to hell. If you like, Ghana can burn and we don’t care. We are tired of your bogus attitude.”

Agyapong is of the view that, the constant blame that is levelled against the Speaker of Parliament, Alban Bagbin, is uncalled for, rather, people should blame NPP MPs, who have refused in attending proceedings of the House.

He said, the attitude of the governing party’s MPs is urging the NDC Minority on in seeing the E-levy not passed.

“Nobody should blame Bagbin, blame NPP MPs. We are afraid of covering them up. What’s going on is bad. We are all serving Ghana so how can you be so bitter. Have you seen me in any position? We are tired of them. I had to go for a check-up on 28th January but I’m still here because I’m a good citizen and a good party man. We all have issues but we don’t go out there and sell the party,” he stressed.

Kennedy Agyapong added, “the NDC doesn’t think about the poor… I will leave you to rate both NDC and NPP and tell me which among them brought social interventions that have benefitted the poor. The NDC only amass wealth when they come into power.

“The NDC doesn’t want the E-levy to be passed. They just want to see Akufo-Addo’s good policies for Ghana in shambles. Just like John Mahama stood in Kumasi to say that Ghanaians easily forget things. Akufo-Addo was the one who ensured that Nurses who had stayed home for years were posted.”

On November 17, 2021, Finance Minister, Ken Ofori-Atta, announced the introduction of a 1.75% tax on all electronic transactions during the 2022
budget presentation before parliament.

According to him, this new directive forms part of strategies to widen the country’s tax net. He added that the 1.75% tax is also to enhance financial inclusion and protect the vulnerable in the country.

The E-levy since its announcement by the Finance Minister has received public backlash from some Ghanaians especially Members of Parliament from the Minority Caucus.

At a recent press conference, the Minister outlined a number of modifications to the Bill and announced that the government continued to engage stakeholders on the bill ahead of resubmission before MPs.