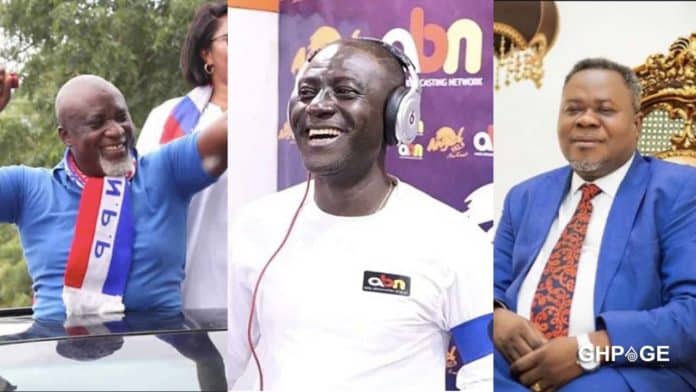 Hopeson Adorye an NPP member and one of the founding members of fixing the country has dropped a strong allegation against Onua TV presenter Captain Smart.

According to the politician, Captain Smart left Multimedia because he was been wanted by the CEO of Angel Group of companies Dr Kweku Oteng for defrauding.

Giving full details on the story in an interview on Wontumi TV, he narrated that the business mogul one time visited the house of fmr President J. A Kuffour who also happens to be the godfather of Captain Smart.

Captain Smart who happened to be at the house of the former president fearing disgrace voluntary told Dr Kweku Oteng that he would work for him to offset all the monies.

Hopeson Adorye stated: “Dr Oteng once went to visit former President Kufuor and saw Captain Smart in the house. As soon as Smart saw him, he didn’t want to be embarrassed so he agreed to work for him at Angel FM to offset the money he defrauded from him”.

He continued that news in the public domain that Captain Smart resigned from Multimedia is false saying he was actually sacked.

Hopeson Adorye went on to say that Captain Smart got wind on information that his Multimedia was going to sack him so he had to tender in his resignation to save himself from disgrace.

Ernest Owusu Bempah who was also a guest on the show called out Captain Smart daring him to expose the NPP has he has promised on his show for sometime now.