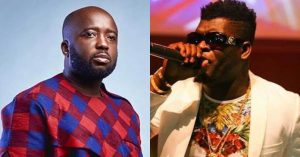 Ghanaian musician and songwriter, Trigmatic born Enoch Nana Yaw Oduro-Agyei has urged music lovers and fans of the missing Castro to move on and accept that death awaits each and every one of us.
According to Trigmatic, whatever occurs, human beings will through whatever means leave this earth so pronouncing Castro dead shouldn’t come as a surprise to us.

He said this on Kastle FM in reference to the statement that singer Castro is dead though the state is yet to declare him so.

“Oh, you know, I’m a devout Christian and a believer, so when something like that happens, I don’t think much about it,” he explained.

Whatever the situation may be, as humans, we will surely transition, therefore I can’t say if he’s missing or dead,” Trigmatic stated on Kastle FM in Cape Coast, which MyNewsGh.com is listening to.

Castro’s father recently stated that, despite being a law-abiding citizen, the state cannot compel him to plan a burial for his son, Theophilus Tagoe, even if he has been proclaimed dead.

“But I remember him from the nice moments we had,” Trigmatic said, “but to be honest, I don’t worry about if he’s hiding somewhere.”

On the Kastle Entertainment Show, he said, “It will concern me if I focus on where he is right now, so typically I do think about the positive things he’s done, who he is, and all that.”

Like Loading...
Tags: Castro is dead let’s accept it, we all shall pass away one day” – Trigmatic