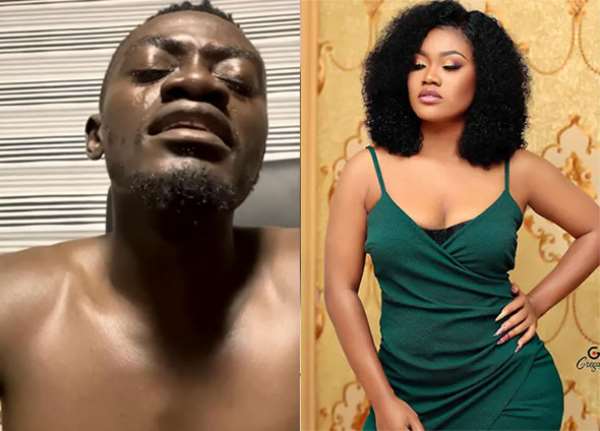 Kumawood actor, Lilwin, born Kwadwo Nkansah, on Wednesday shared a soulful video of him on Instagram TV in tears while a song by young act Black Sheriff played in the background.

The reason behind the tears hasn’t yet been established. But it has happened at a time actress Sandra Ababio, who was rumoured to be his girlfriend, has denied ever dating him.

Early reports this week quoted Sandra for saying she had nothing amorous to do with Lilwin except for them working as actors.

“Kwadwo Nkansah saw me as someone who had talent and became a good friend so we work together. Recently he posted his family, I was nowhere near the family and I was not in the picture.

“He has given birth to two other children in addition to the two from his ex-wife and I am not the one who birthed those two,” she reportedly told on Accra-based Neat FM.

On Wednesday morning when the reports went viral, Lilwin shared the soulful video of himself which got some people to speculate that Sandra could be the reason behind the tears but NEWS-ONE is unable to confirm that.

Tags: Check how Lilwin weeps uncontrollably amidst reports of Sandra Ababio denying him