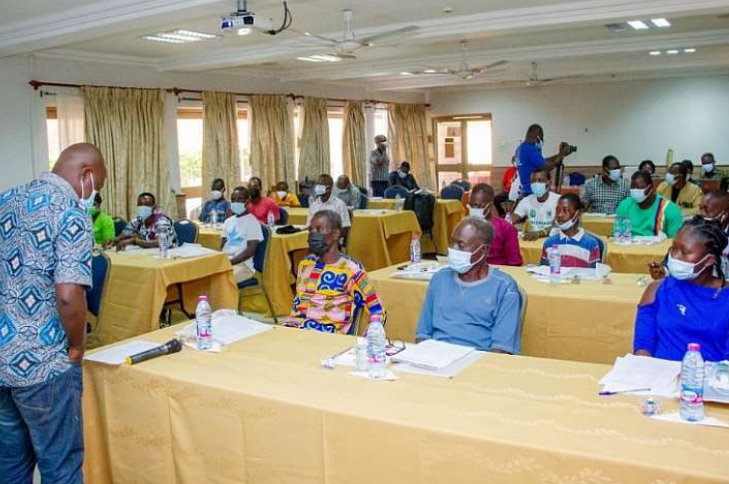 The Ministry of Employment and Labour Relations (MELR) organised a three-day workshop to train Community Child Protection Committees (CCPCs) on child labour in the Ashanti Region.

The workshop is under the Trade for Decent Work Project (T4DWP) championed by the International Labour Organisation (ILO) and the European Union (EU).

Ghana over the years has demonstrated enough commitment towards the fight against child labour particularly through the enactment of legislation and the adoption of relevant international instruments including the United Nations Convention on the Rights of the Child and ILO Conventions 138 and 182.

The government in collaboration with partners has also designed and implemented numerous interventions to fight child labour and continues to identify other strategies to facilitate the elimination of child labour in Ghana.

One strategy that has been tested by the government and partners is the use of Community Child Protection Committees (CCPCs) to address child labour in the communities.

Considering the critical importance of the CCPCs in the child labour fight, the government deems it extremely important to train the members to enhance their understanding of basic child labour concepts, legal frameworks and laid down steps for the identification, referral and remediation of children in child labour and at risk to available interventions.

It is in this vein that the Ministry of Employment and Labour Relations is riding on the back of the ILO/EU Trade for Decent Work Project to build the capacities of these CCPCs.

Speaking to journalists on the sidelines of the three-day workshop in the Ashanti Region, National Project Coordinator Trade For Decent Work, Madam Akua Ofori Asumadu explained that the aim is to empower members of the CCPCs in the fight against child labour.

“So we hope that at the end of this workshop, when they go back to their communities they will be able to identify what child labour is, identify people who are perpetrators, and also engage other community stakeholders including children so that they can identify child labour themselves and also educate their parents and colleagues,” she said.

Madam Akua Ofori Asumadu shared that although child labour is found in various sectors, it is prevalent particularly in cocoa-growing regions.

She said, as a result, these workshops are being organised to train members of CCPCs from the Eastern Region, Ashanti Region, Ahafo Region, and the Western Region.

She further noted that all activities that are harmful to children are being looked at and will be included in the Hazardous Activity Framework to be implemented by the Ministry of Employment and Labour Relations once approved by cabinet.

The workshop in the Ashanti Region engaged three communities in the Konongo Municipality, namely Apebourso-Agyareago, Amerfa–Kyekyewere and Duase.

The workshop follows a similar one held in the Eastern Region. That training had members of CCPCs from two communities in the Juaben North District, namely Baasare Nkwanta and Suhyen-Mpaem selected to benefit.