Details emerge on why Dr. UN has been arrested after scamming many 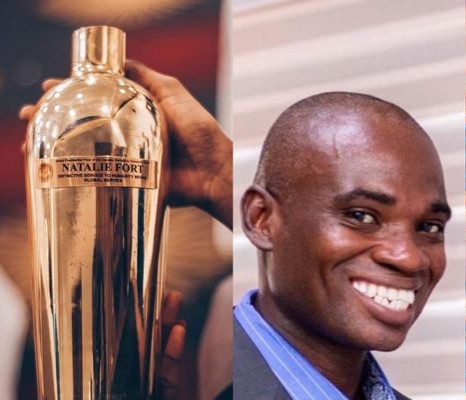 Information available to hotdigitalonlinecom indicates that Kwame Owusu Fordjour known widely as Dr.UN has been arrested by Police in the Ashanti Regional capital, Kumasi.

According to reports, the man who is famous for dishing out fake awards to dignitaries in the country was picked by from the studios of Kumasi-based Hello FM while he was being interviewed.

Dr. UN was picked up by plain-clothed security operatives because he had refused to attend court proceedings for a very long time.

Narrating the reason behind his arrest, Sampson Nyamekye who reports for UTV Ghana said in 2018, Dr.UN was arrested after he dished out fake awards to dignitaries at the Kwame Nkrumah University of Science and Technology(KNUST).

His awards were found out to be fake and as a result, he was comprehended and put behind bars for two weeks.

However, he was granted a bail in the sum of GHC 20,000 with two sureties who were his mother and his father.

Dr.UN who was expected to be visiting the court for proceedings to continue failed to do so since 2018 and was on the watch list of the Police. The Police tried several times to smoke him out from his hiding but failed, arrested his parents who were his sureties and asked that they come to pay for the GHC 20,000 funds because they could not provide him to the Police.

After several years of trying playing hide and seek with the police, Dr. UN was heard on Kumasi-based Hello FM for an interview where the court warrant was sent to him and he was arrested.

Reports say after the arrested, he tried calling the President of Ghana because to him he is a diplomat who has to be protected at all times.

The Founder and Leader of Faith Redemption Chapel International Prophet Elisha Arhin is advocating for the arrest of Ghanaian Pastors and Prophets who predict...
Read more
Local News

The Founder and Leader of Faith Redemption Chapel International Prophet Elisha Arhin is advocating for the arrest of Ghanaian Pastors and Prophets who predict...
Read more
Local News

Former President of Ghana, John Dramani Mahama says the current Nana Addo Dankwa Akufo-Addo is not committed to the fight against corruption with the...
Read more
Africa

The police administration is on a manhunt for Asawase Constituency Communications Officer of the opposition National Democratic Congress(NDC) among others who allegedly stormed the...
Read more
Load more

Sleeping with a man in exchange for money or favours is...

VIDEO: Sleeping with ghosts, spirits made my life unbearable – lady...