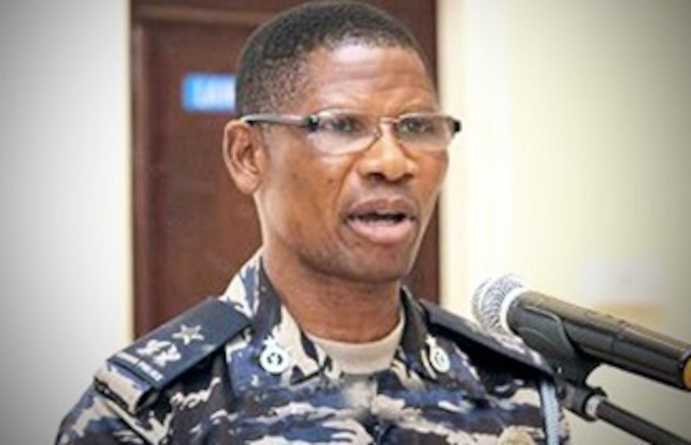 Assistant Commissioner of Police, Dr Benjamin Kwasi Agordzo’s motion of notice application for an order to travel has been refused by an Accra High Court.

This was to gain permission from the three panel of Justices hearing the treason case to enable him to travel to Nairobi, Kenya as a resource person for the Security Centre Reformed Training.

Moving the motion, Kormivi Dzotsi, ACP Agordzo’s counsel, pleaded with the Court to grant the leave, saying, his wife, sureties and lawyers would be available to monitor the proceedings.

However, the Attorney General opposed to the application and said the offence was the highest and could not be dealt with in his absence.

The State said he (Agordzo) would also not be able to report to the National Investigation Bureau twice weekly as in the bail condition.
A Principal State Attorney, Winifred Sarpong, held that he could hold the training virtually.

The panel of judges presided over by Justice Afia Serwaa Asare-Botwe, rejected the application and said ACP Agordzo had to report twice weekly to the NIB.

Justice Asare-Botwe said he could also not waive attendance, explaining that accused persons were tried in absentia when they refused to attend court, jumped bail or had mental challenge.

She said trial must be conducted in his presence and stressed that his wife, sureties had not been charged, so the law did not allow that.

Justice Asare-Botwe said the only thing the court could do was to stay proceedings for ACP Agordzo in special circumstance, which did not include treason.

She said the Court would not allow anyone to delay the trial, saying it was not secondary to anyone’s business.

Justice Asare-Botwe stressed that the schedule shall remain and that there would be no stay of proceedings to inconvenience the nine others for the sake of one.

ACP Dr Agordzo is standing trial with nine others at the High Court over an alleged high treason.

They have all denied the offence and are on bail.
GNA