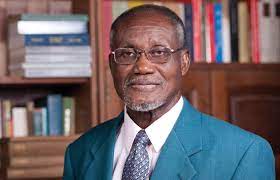 Former Attorney General, Dr. Obed Asamoah, has described coup mongers as childish, who are unaware of the consequences of military takeovers.

According to him, coup plotters do not discriminate, therefore, those calling for coup will be at risk when there is a military takeover.

Dr. Obed Asamoah, who served under the Jerry John Rawlings administration, explained that the soldiers who overthrow a constitutionally elected government will always revenge against persons they had bone to pick with.

If for example, he said, someone was fighting with a military officer over a woman, that person will be targeted if there is a coup and be eliminated.

“This fix Ghana elements, some of them are openly calling for a military takeover. Those people are childish. When a coup happens the power that is wielded by the soldiers immediately after the coup is not discriminatory, they look at it in personal terms.”

“If for example you have crossed some military officer in traffic and he is annoyed with you he is coming to shoot you in the confusion of the revolution.”

“Or maybe, you have been fighting with him over some girlfriend, in the confusion he will shoot you. So, the consequences can be nondiscriminatory, they can affect the very people who are asking for that.”

He further indicated that it is not automatic that a military government will solve the problems facing the people for which they are calling for a revolution.

“The other thing is you can have a military government that will be completely inefficient,” he added.