The Electoral Commission has released the results from seven regions.

The Chairperson of the EC, Jean Mensa, announced at a press conference that the Commission has received presidential results from fourteen of the sixteen regions.

She stated at a press conference held on Wednesday, December 9, 2020, that they are currently working to certify the remaining seven regional results her outfit has obtained.

Jean Mensa also added that Commission is yet to receive election results from the Northern and the Bono East Regions.

“As we speak, the Commission has received 14 out of the 16 regional results. We have the national collation centre where we have had representatives of the various political parties since yesterday. As the results come in, the party representatives review them against what they themselves have received from the regions and once they are satisfied that the results that have come to us from the regions are a true reflection of what they have received, they then append their signatures to it before the results are brought to my attention. As returning officer of the 2020 presidential election, I then certify these results. Out of the 14 results received, we have certified seven up to date”, she noted. 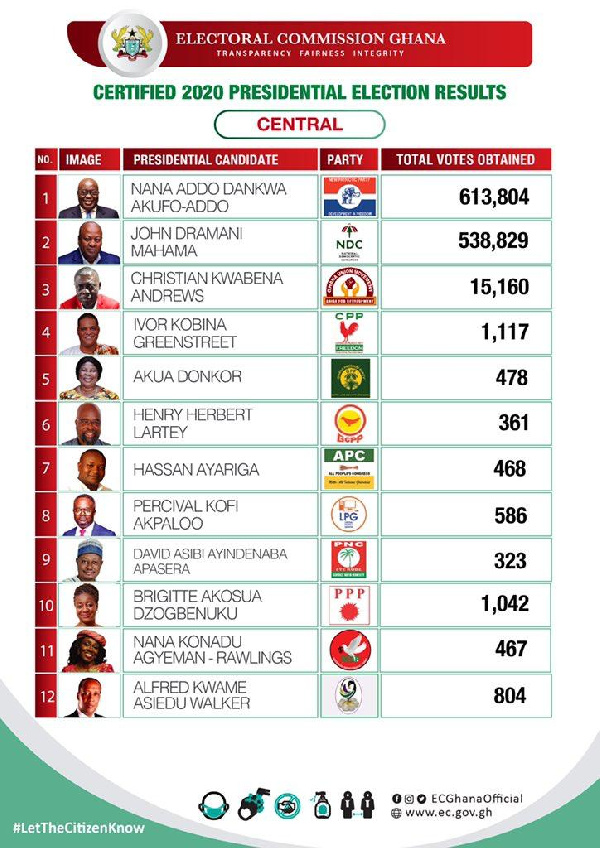 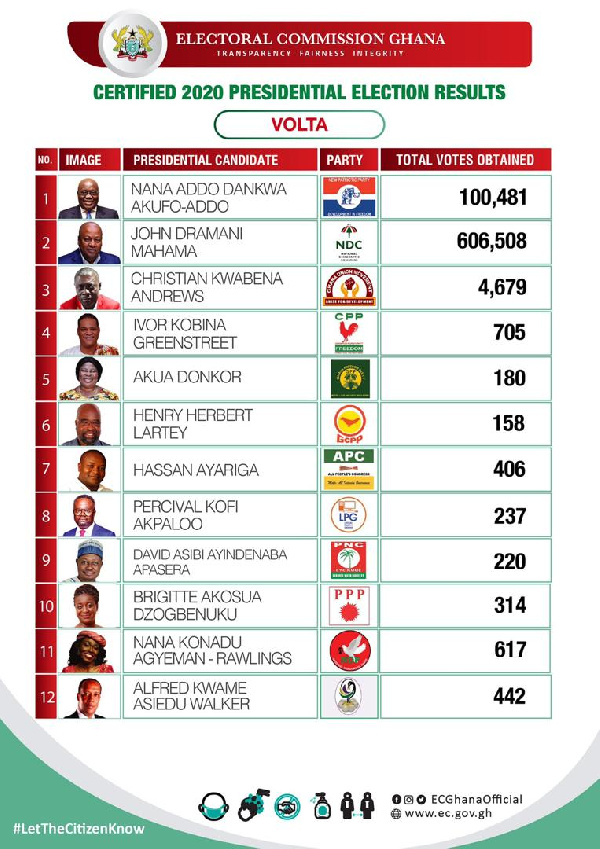 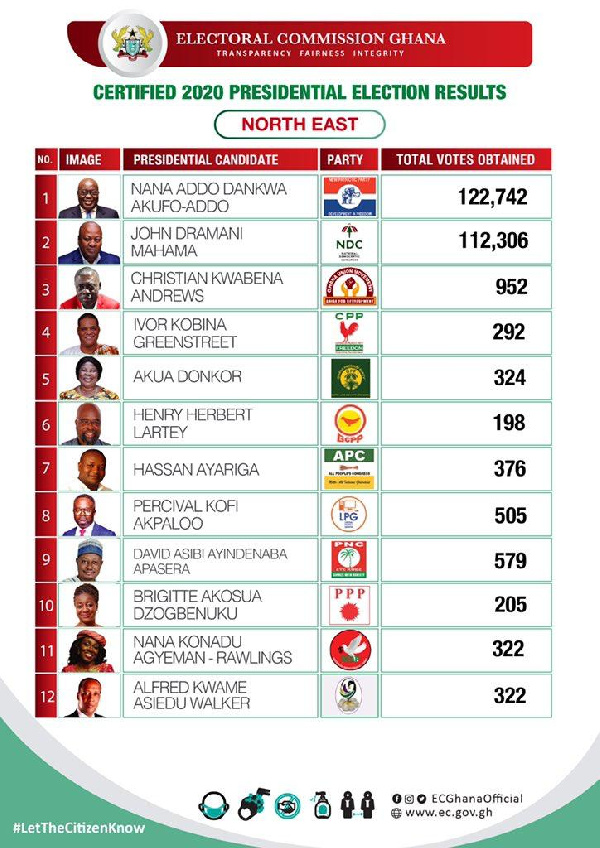 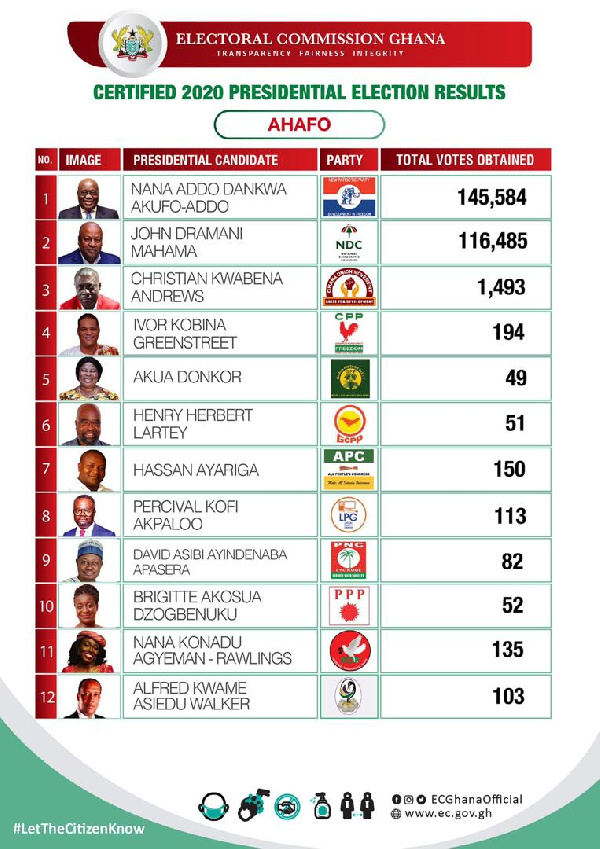 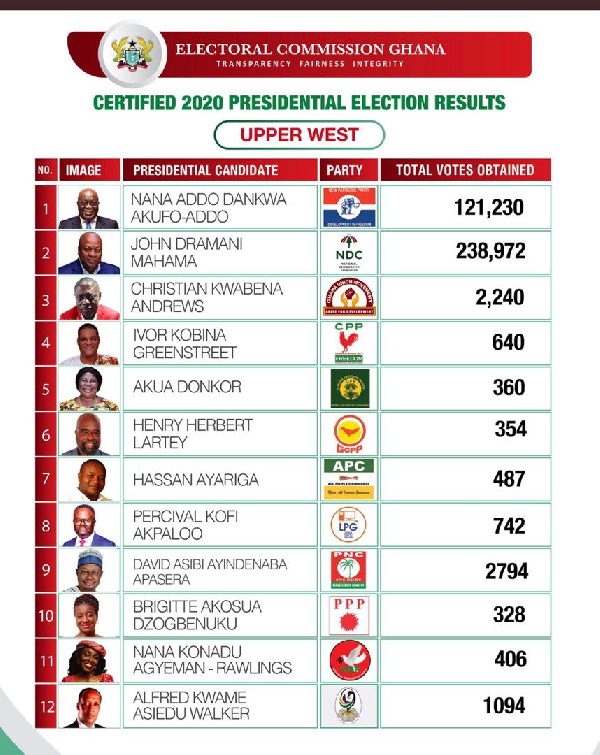 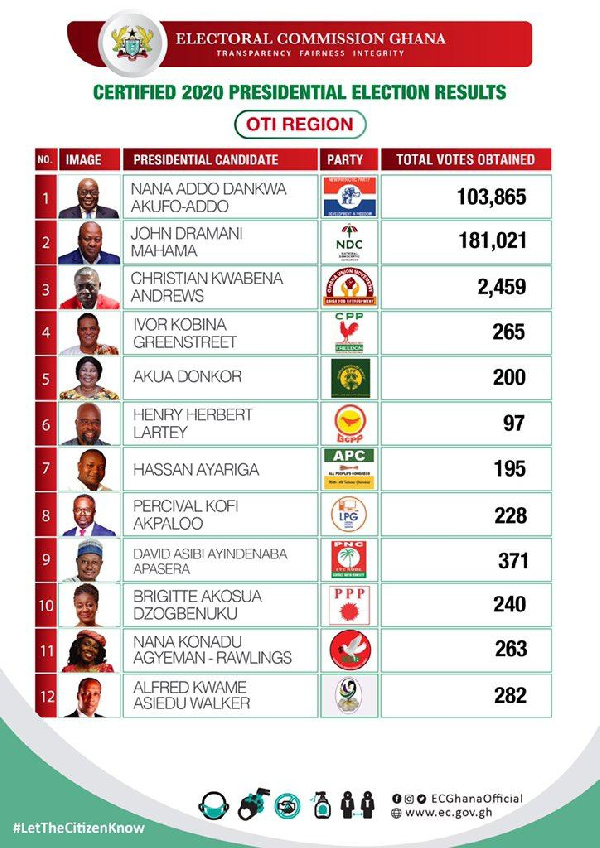 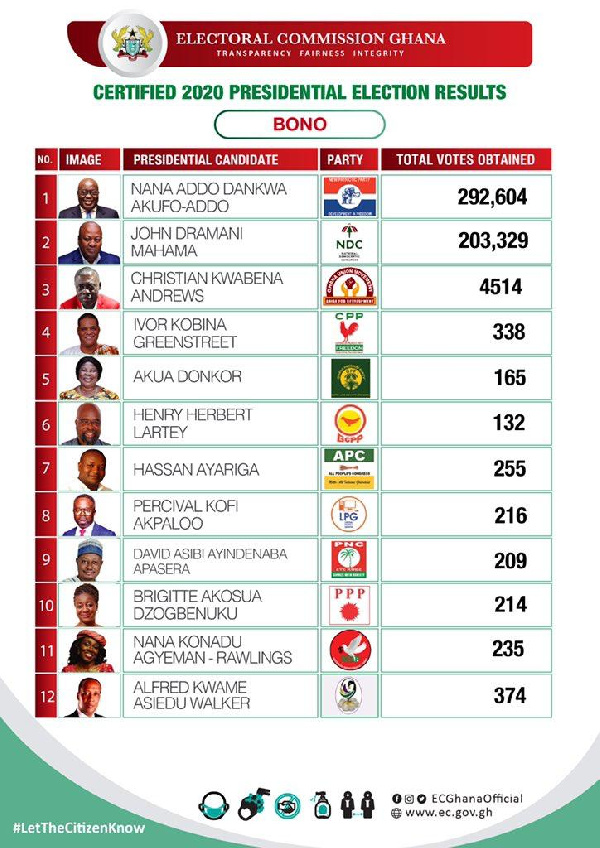