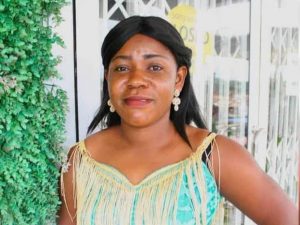 The outcome of a second opinion conducted by the Ghana Police Service at the Effia Nkwanta Regional Hospital, the biggest health facility in the Western Region has confirmed the result of the first pregnancy test carried out on the woman suspected to have staged pregnancy and kidnapping claims, Josephine Panyin Mensah.

Laboratory tests, scans and examination by medical experts at the hospital proved that the woman has never being pregnant during the period under review.

Previously, tests conducted by the Axim Government Hospital indicated the woman was not pregnant and has also not given birth.

Checks at the European Hospital at Takoradi where woman claimed to have been attending antenatal reviews also revealed that they have no records on the woman pregnancy.

Confirming the reports of the Effia Nkwanta Regional Hospitals, Assistant Commissioner of Police (ACP) Kwesi Ofori, Acting Director General of Public Affairs of the Ghana Police Service said the police decided to seek another opinion because of the attitude and remarks of the family and some people close to the woman.

“We sent her to Effia Nkwanta, the biggest hospital in Western Region. Regional medical director and top doctors at the Hospital conducted tests on the woman and by 6pm, they released the results which have been documented and not words of mouth showed that she wasn’t pregnant and not given birth.

“We are only saying or relying on what the experts are saying that she wasn’t pregnant,” according to ACP Kwesi Ofori.

The police spokesman further stated that the police is handling the controversial case of the alleged kidnapping and pregnancy of Josephine Panyin Mensah in Takoradi professionally and without biases against the woman.

Meanwhile, the Police Administration has assigned a clinical psychologist and psychiatric specialist at the Police Hospital in Accra to the woman.
The team was also dispatched to assist the woman with a psychological therapy ahead of interrogation by the police over their suspicion of conspiracy .

However, the family of Josephine Panyin Mensah, is demanding access to her to conduct an independent test to prove that she was pregnant.