This was captured in a statement signed by Korkor Bleboo, Director of Communications at the Office of the First Lady.

“The First Lady in consultation with the President of the Republic has decided to refund all the monies paid to her as allowances from the date of the President’s assumption of office, i.e., from January 2017 to date, amounting to GHS899,097.84.”

“The First Lady has also decided not to accept any monies that have been allocated to be paid to her pursuant to the recommendations of the Ntiamoa-Baidu committee, as approved by Parliament. She is doing this as a purely personal decision, without prejudice to the rights of others, and not to undermine the propriety of the process undertaken by Parliament.”

In the statement, Mrs. Akufo-Addo’s Director of Communications argued that the First Lady did not request to be paid any allowance and that “She only received that which existed and attached to her status, albeit informally.”

According to the statement, the wife of the president took the decision because the discussions that greeted the announcement of the allowance payments have been laced with some extremely negative opinions, which she finds distasteful as such commentaries only seek “to portray her as a venal, self-seeking and self-centered woman, who does not care about the plight of the ordinary Ghanaian.” 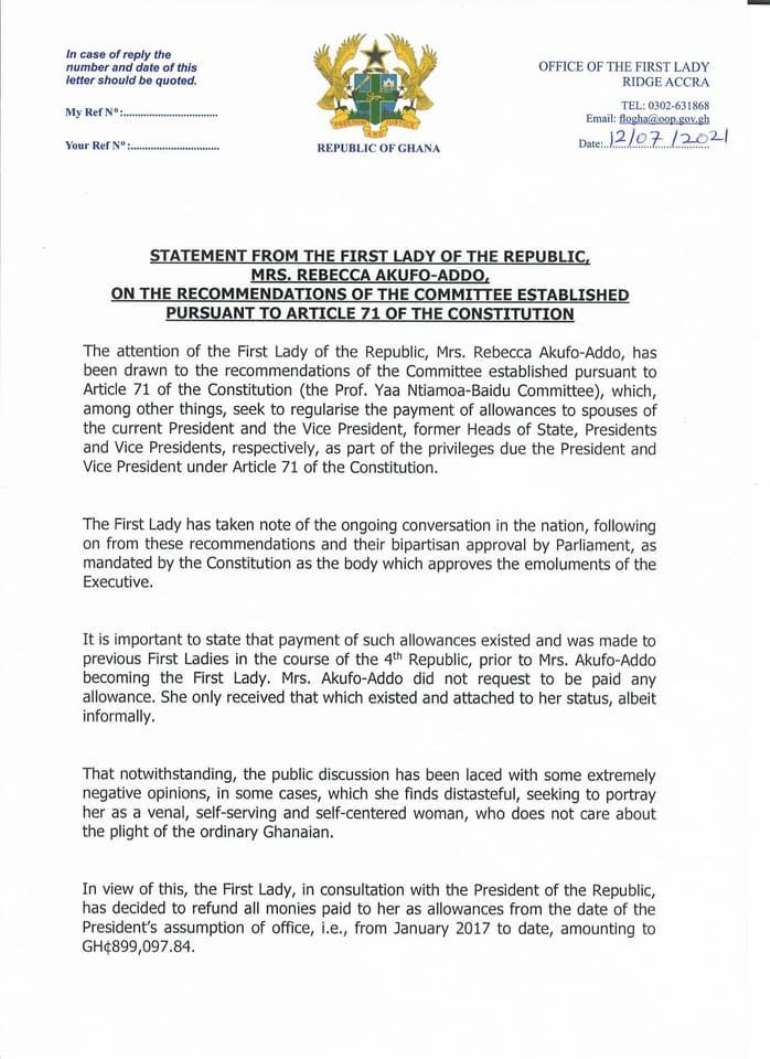 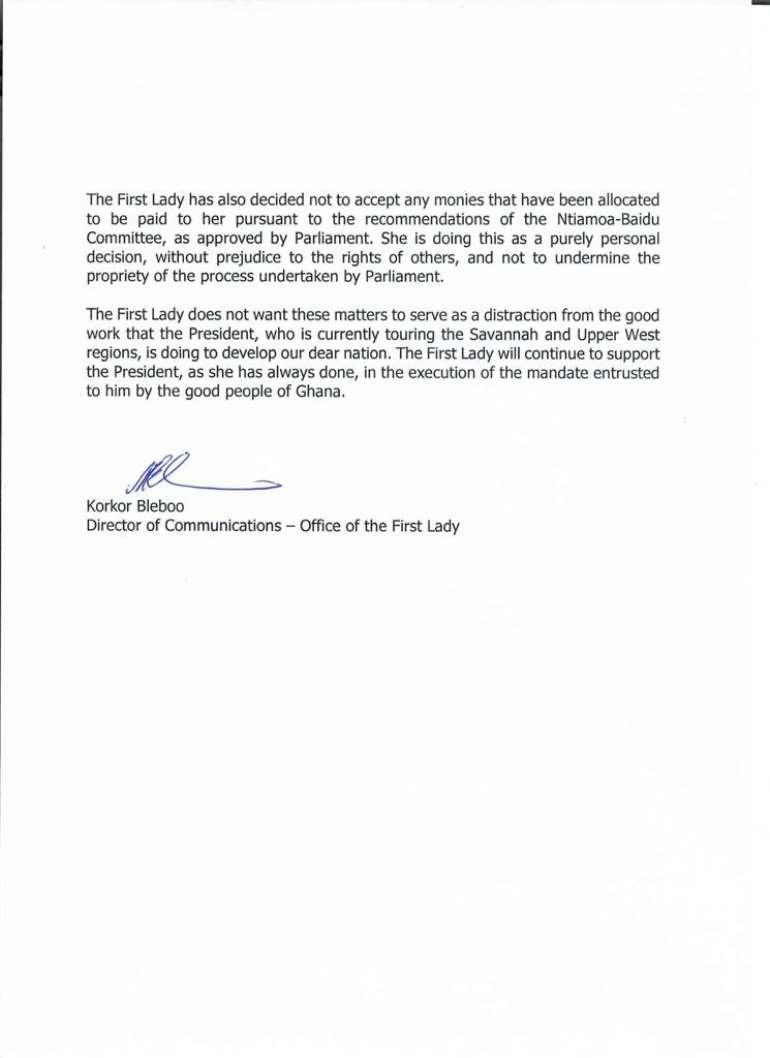