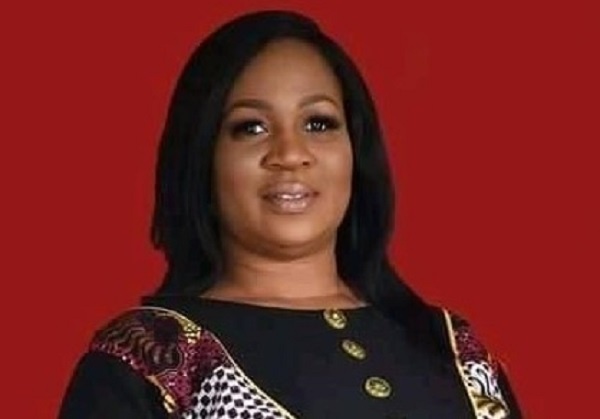 Adelaide Ntim, Member of Parliament(MP)-elect for Nsuta-Kwaman-Beposo Constituency has sent a stern warning to those who make political capital with claims she possesses dual citizenship that they risk being sued in the law courts.

At a press conference to react to claims that she failed to denounce her US citizenship before being elected at the just-ended polls, a furious NPP MP-elect indicated that the claims were untrue and being peddled by some faceless propagandists for reasons best known to them.

According to her, her renunciation was done in August 2020 flaunting documents to back her claim contrary to what has been widely circulated on various social media platforms.

“I heard some of the NDC people are circulating my citizenship passport that I have not renounced my US citizenship but that is untrue. I have renounced it and I want all my supporters and loved ones to know that I have renounced my citizenship. Those people who are behind those false allegations I am warning them that they shouldn’t take me for granted because the next time I will see the same thing, I am going to sue all of them”, she warned at the presser covered by MyNewsGh.com.

The Supreme Court of Ghana has given reasons that people with dual nationality cannot hold public offices because of the issue of conflict of interest, national security, and state allegiance to Ghana and confidentiality.

A dual national commits an offence when a Ghana passport is used by the person interchangeably with the passport of another country to deceive an immigration officer and is liable on summary conviction to a fine not exceeding 250 penalty units or to a term of imprisonment not exceeding one year or to both.

In the case of lawmaker, he or she loses the seat and is also subject to criminal prosecutions and can be jailed up to two years and a fine.