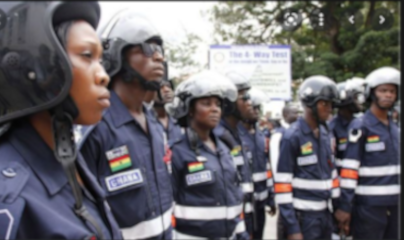 James Agalga wants an audit of police officers recruited since 2017 to weed out miscreants that may have been recruited into the service.

The Ranking Member on Defense and Interior Committee said “Let’s do some vetting of all the officers recruited since 2017 and when we do I’m sure we will be able to identify the bad nuts who have infiltrated the ranks of the service and flush them out.”

He suggested the audit after six serving police officers were discovered to have been involved in recent bullion van attacks across the Greater Accra region.

Two of the Police officers involved have been killed in a shootout while four others have been arrested in an intelligence-led operation at Borteyman near Ashaiman.

Reacting to the development, Mr Agalga explained that vetting police officers will help the Ghana Police Service take out criminals that have permeated the service.

He noted that “Vetting the officers will first of all give the service an idea with respect to what roles they can assign to some of the officers. If it turns round that after vetting, your background is not that solid in terms of integrity, if you fail an integrity test, they may not want you to have anything to do with a shipment of money or bullion van escort.”

“My take is some of these officers who attacked bullion vans must have themselves had something to do with bullion van escorts in the past. So once you identify them, you may assign them some roles that will not bring them in close contact with money, so you can deploy them elsewhere,” he explained further.

Secondly, the Builsa North lawmaker clarified that “those officers whose backgrounds are notoriously dangerous you would want to flush them outright, but in doing so, you have their details and so even after they have been dealt with by getting them out of the ranks of the service, you’ll continue keeping an eye on them, you monitor them closely and they themselves will be too scared to pick arms to commit crime because they know the police service will keep an eye on them.”

The vetting he stressed is of utmost importance to make sure “we did not pack the service with miscreants”.