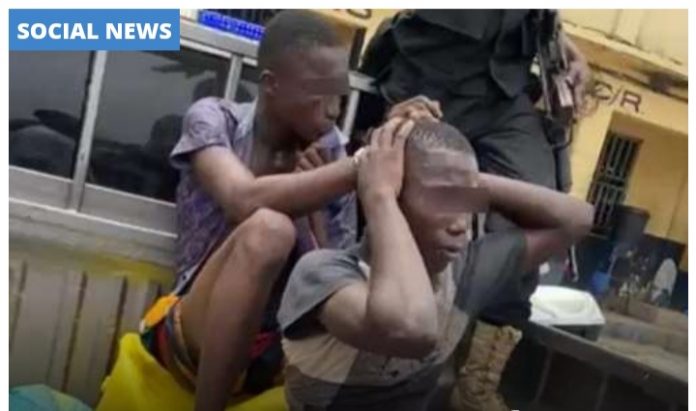 The Ofaakor District Court presided over by His worship Samuel Adjei, has given prosecution two weeks to establish the age of one of two suspects charged with murder of an 11-year-old in Kasoa, TV3’s Komla Adom who was in court on Tuesday, April 20 reported.

Komla Adom further reported that the court has also within the same timeframe ordered the prosecution to conclude the docket on the matter to the Attorney General for advice.

The police prosecution told the court, they were yet to conclude reconciliation of the age of the first accused person whose age was given as 16.

Chief inspector Ernest Agbo argued that police investigators were close to establishing the actual age of the accused.

He told the court the police has secured documents from the hospital where Felix Nyarko was born and have also gone to a number of schools he is believed to have attended for records and will be able to reconcile the documents.

He pleaded with the court to keep the two, Felix Nyarko and Nicholas Kini in police custody while the investigations continue, and also for the safety of the two, judging from the anger among community folk over the matter.

Presiding judge his worship Samuel Adjei who was concerned the two did not have legal representation, directed a lawyer in court to apply for bail for the two.

After the application, however, the court upheld the plea by the prosecution to still keep the accused in custody. The case has been adjourned to May 4, 2021.

The Ofaakor District magistrate Court resumed hearing of the case involving the two suspects who were arrested for allegedly killing the 11-year-old boy for ritual purposes at Kasoa.

Two teenagers are facing trial at the Ofaakor District Magistrate Court following their alleged involvement in the murder of a 10-year-old boy on Saturday at Coca Cola, near Lamptey, a suburb of Kasoa in the Central Region.

The suspects are Felix Nyarko, aka Yaw Anane, 16, a mason labourer and Nicholas Kini Kwame, 18, a student.

At the last hearing, the Prosecutor, Chief Inspector Ernest Agbo, said the accused persons were arrested following the murder of Ishmael, a Class Four pupil, for ritual purposes.

The facts sheet of the Prosecutor suggests that for some time now Felix had been watching Ghana Television channels that entertained Mallams and other spiritualists to promote their prowess in making people instant millionaires.

Shakira may face trial in Spain for allegedly avoiding £13million worth of tax. Spanish prosecutors accuse the 44-year-old Colombian singer of six offences, which could...
Read more

Shakira may face trial in Spain for allegedly avoiding £13million worth of tax. Spanish prosecutors accuse the 44-year-old Colombian singer of six offences, which could...
Read more
Local News

Hassan Ayariga under life support as he contracts coronavirus (Photo)

The founder and leader of the All Peoples Congress (APC), Mr Hassan Ayariga has been admitted to the Intensive Care Unit of a health...
Read more
Local News