Member of Parliament for Assin Central, Kennedy Agyapong, has started paying part of the GH¢100,000 judgement debt slapped on him by an Accra presided over by Justice Afia Serwaa Asare Botwe.

According to documents sighted by MyNewsGh.com, there has been an ex-parte motion praying for an order for the release of Eighty Thousand Ghana Cedis (GH¢80, 000) paid into Court on the 5th of November, 2020 by the Defendant/Appellant, being partial satisfaction of the judgment debt, pursuant to the order made by this Honorable Court on the 26th of October 2020 and for such further or other orders upon grounds set out in the accompanying affidavit.

It would be recalled that an Accra High Court in June this year upheld a suit filed by Editor-In-Chief of the New Crusading Guide Newspaper, Abdul Malik Kweku Baako Jnr, that he has been defamed by the MP.

He was given up to 30 days to retract and apologise three times on the platforms he used to defame the veteran journalist and was also fined
GH¢100, 000 in damages plus a cost of GH¢30,000.

Kweku Baako had sued Assin Central MP at the Accra High Court, seeking damages to the sum of GH¢25 million for defamation.

According to Mr Baako, the lawmaker defamed him on a radio talk show called Boiling Point on Oman FM and Adom Badwam talk show on Adom FM on separate dates.

Mr Baako had prayed the court to direct Mr Agyapong to “publish on three consecutive occasions on the same platform that he published the defamatory words, an unqualified retraction and an apology, with the same prominence as given to the issuance of the defamatory words. Other costs including legal fees and any others as this honourable court may deem fit.”

While talking on Boiling Point on Oman FM, Mr Agyapong according to the plaintiff allegedly said the following about him. 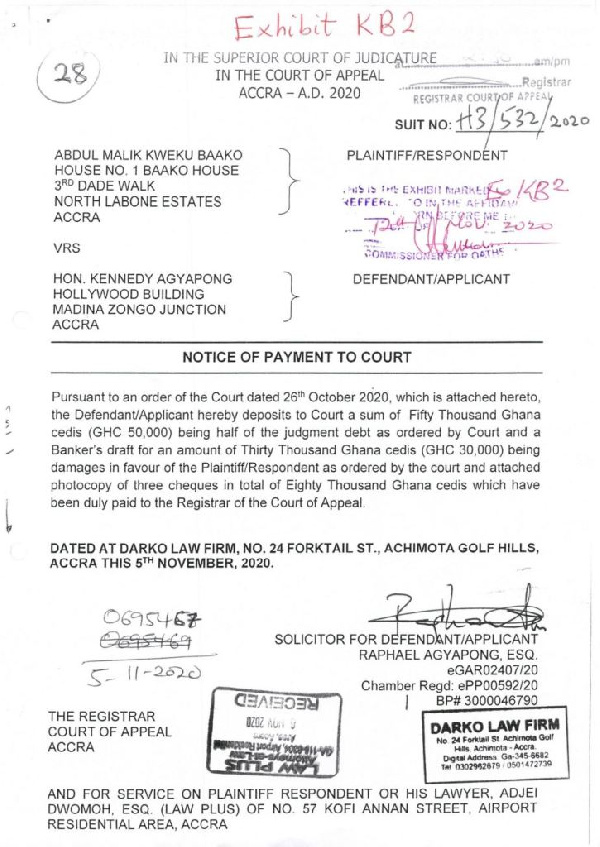 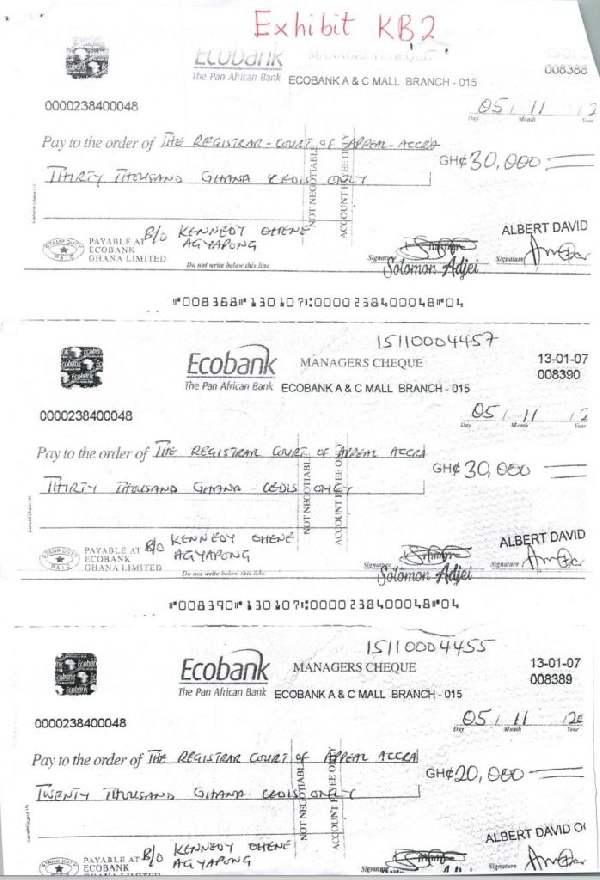