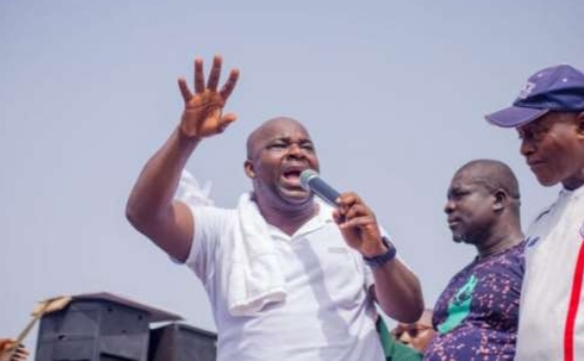 According to him, the situation has led to an increase in the number of teenagers engaging in internet fraud at the expense of their education.

Romance scam has been in existence for many years in Koforidua and by extension Ghana. The name of the perpetrators has however metamorphosed from “Yahoo boys” to “Sakawa boys” and now “game boys”.

The fraudsters often disguise themselves as women, enter into romantic relationship with unsuspecting people in Asia and Europe, send fake nude images of themselves to their clients. After getting the trust of their victims, they make financial demands under false pretense.

Others also pretend to be gold dealers and businessmen interested in partnership to invest in non-existent businesses and in the process defraud their victims.

Speaking on a Koforidua-based Freedom Radio, the New Juaben South MP now a deputy Minister-designate for Trade and Industry said those engaged in the act have now shifted from internet fraud to ritual money activities.

“fraud money is non-existent now, what is in existence now is blood money. They pretend, telling us they are game boys, there is nothing like fraud money in the world. What is there now is ritual money. They have started recruiting the children that is how come small boys ages as low as 13, 14 are chasing luxurious cars. So parents should join us to fight this menace by ensuring that our children go to school”.

According to the lawmaker, recent murder cases in Koforidua are believed to be ritual murders due to the removal of some body parts of the victims.

“All the three killings recorded in Koforidua this year could be linked to ritual murder because when their bodies were examined you could see that their body parts were removed”.

He said as part of the “new Koforidua project”, he aims at changing the narrative in all sectors of the local economy; enforcement of bye-laws to prevent children from gaming, betting, and engaging in internet fraud