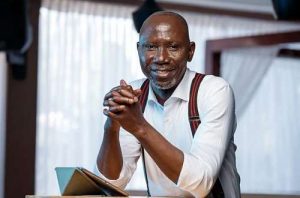 Renowned Ghanaian Playwright, James Ebo Whyte, popularly known as Uncle Ebo Whyte has lamented how magicians have left the stage in cinemas to perform roles of pastors in churches.

His assertion comes on the back of the numerous churches dotted in every corner of the country in recent years with miracle working clergies often fingered in scandals.

They have been accused of often hiring actors to fake miracles and help their course to become popular.

According to Uncle Ebo Whyte, such pastors are magicians who have forcefully made themselves men of God.

“Magicians are no more on stages and in cinemas, they have styled themselves as pastors. They have brought the same tricks and put God’s name in it and have started churches to make more money,” the well-known playwright told Starr FM in an interview.

James Ebo Whyte has become a celebrated playwright after authoring a number of top-rated plays in the country in the last decade.

He is with Roverman Productions as a lead writer and continues to light up cinemas in the country.

His latest play the ‘Devil’s Wife’ is set to hit the cinemas this month.

Like Loading...
Tags: Magicians no longer performing on stages, they're in churches as pastors – Uncle Ebo Whyte