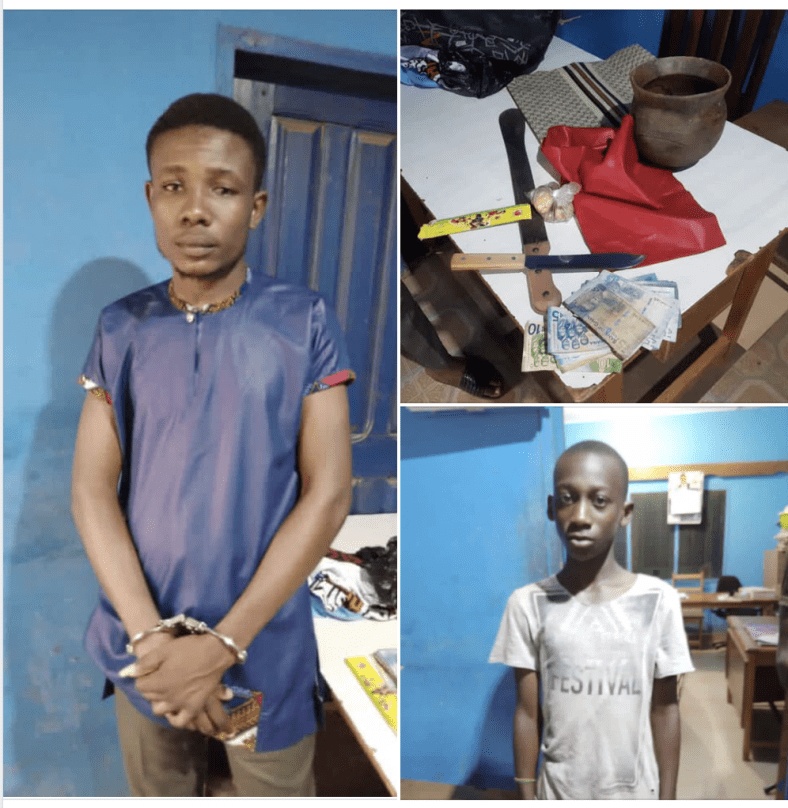 On 14/05/2021 at 2:00 pm Ishmael Owusu, a 41-year-old businessman inform the police that a couple of weeks ago he had a phone call from one Benjamin Adjei soliciting assistance from him to lead him to see a ritualist to take him through rituals to become rich.

That he intends to use his nephew by the name Listowell Adjei, a 13-year-old boy for sacrifice to perform the rituals.

Yesterday,15/05/2021, the Informant informed police that the suspect has lured the nephew into a taxi cab ready to convey him to the place for the rituals.

Police laid ambush at Tanoso barrier and arrested suspect Adjei Benjamin, a fashion designer age 23 years and the victim together with a handbag containing one big cutlass, a knife, red calico, one big pot, a number of cola nuts, cowries, and cash the sum of Ghc 300.00 recovered and retained.

When Suspect Benjamin Adjei was arrested he confessed to the crime and he was detained at District police Headquarters.

Tags: Man arrested by police while on his way to use his 13-year-old nephew for money rituals