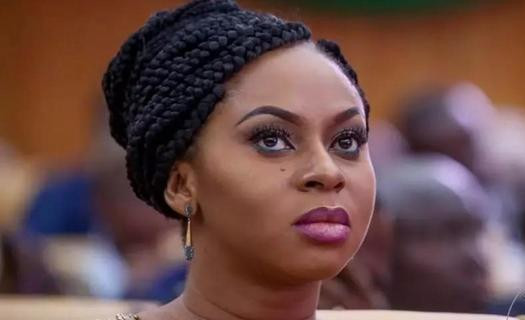 MP for Dome Kwabenya, Adwoa Safo, has written to speker of parliament, Alan Bagbin, for permission to be absent for 4 weeks.

The Suame MP said he has received a letter dated 28 February 2022 from the MP, who is also the Minister of Gender, Children and Social Protection, seeking permission from the Speaker to absent herself from Parliament for four more weeks.

The Minister for Parliamentary Affairs was quick to add that the letter was not addressed to him but to the Speaker. He explained “I was only copied in the letter”.

Mr. Osei Kyei-Mensah-Bonsu added that the reason Adwoa Safo was assigned to her request is that her daughter is not well and going through physiotherapy after recuperating from an ailment. He said the Speaker has not discussed the content of the said permission request with him.

The Majority Leader also took the opportunity to correct a statement attributed to First Deputy Speaker of Parliament and MP for the Bekwai
Constituency, Mr Joe Osei-Owusu to that effect that he (Osei Kyei-Mensah-Bonsu) had indicated to him (Joe Osei-Owusu) in a conversation that Adwoa Safo had instructed that she should not be called but only sent text messages.

Mr. Kyei-Mensah-Bonsu said there had never been any such instruction from the Dome Kwabenya MP. “I think it was a wrong impression the First Deputy Speaker got in my interaction with him over Adwoa Safo’s absence from Parliament.”