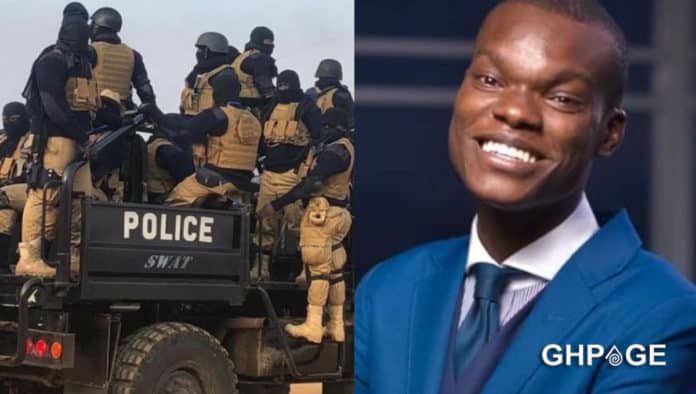 Caleb Kudah, a broadcast journalist with Citi FM and Citi TV, has been arrested by the police, GHPage has learned.

He was apprehended by personnel of the National Security on Tuesday, May 11, 2021.

According to Citi News, the police arrested its staff for filming at the premises of the National Security Ministry, a restricted security zone.

The report added that about seven heavily armed officers subsequently stormed the premises of Citi FM/Citi TV in an attempt to arrest, Zoe Abu-Baidoo, another broadcast journalist with the respected media house, whom they claimed had received files from Caleb Kudah.

The management of Citi FM/Citi TV intervened and followed the officers together with Zoe to the Ministry of National Security for interrogation.

Citi News’ Security Correspondent, Anass Seidu, in giving further details on the matter said, “Caleb Kudah who had visited someone at the National Security was arrested after filming at the premises of the Ministry.

After he was arrested, the operatives detected that he had sent whatever he had filmed to another colleague, Zoe Abu-Baidoo.

They moved to Citi FM with heavily armed men to arrest Zoe. When they got here, the management of Citi FM and Citi TV joined the team back to the National Security Ministry with Zoe. After some interrogation, Zoe was allowed to leave. Caleb Kudah was being interrogated at the time we left.”

“The information we have is that Caleb Kudah will be soon released,” he said.