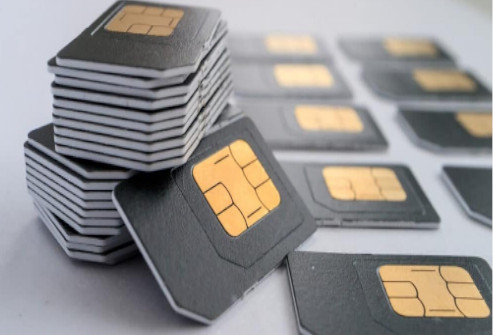 Interacting with the Minority members on the Communication Committee of Parliament, Cecilia Erzuah says government must extend the SIM card registration exercise to the end of 2022.

According to the Director of Administration at the National Identification Authority, the short period is putting too much pressure on Ghanaians.

Cecilia Erzuah told the opposition lawmakers at the NIA headquarters in Accra that “a lot of people haven’t received their cards, there are people who did double or triple registration and the system has arrested their cards.”

She continued “I think they should extend the exercise to the end of the year. What is the rush for?”

“They should extend to the end of the year so that people can register for their cards. They are putting unnecessary pressure on Ghanaians.”

The minority members were on a fact finding mission ahead of the planned appearance of the Chief Executive Officer of the NIA, Professor Ken Attafuah before parliament on Wednesday.