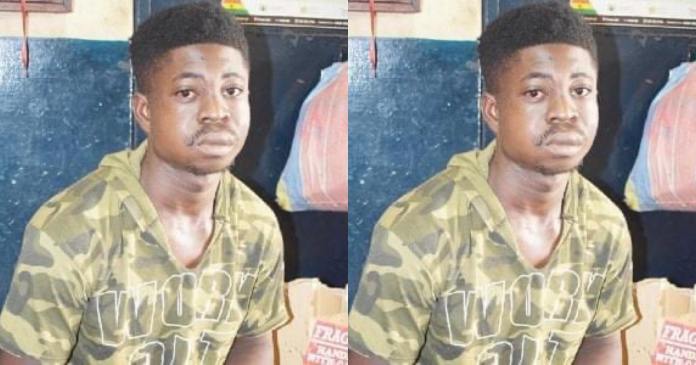 The woes of convicted gangster, Prince Adu, who was caged for a total of 39 years by the Ho Circuit Court for two robberies he committed in Ho was aggravated yesterday when the court slammed him with an additional 24 years for a similar offence.

With the new sentence to run consecutively to the earlier convictions, Adu, 27, will now spend 63 years behind bars.

He pleaded guilty while his alleged accomplice, Prosper Adegbe, 32, pleaded not guilty.

Presenting the facts, Chief Inspector Stephen Atidzon told the court presided over by Mr Felix Datsomor that this time Adu, also known as Dracula; and Adegbe, 32, an apprentice steel bender in Ho on January 31, this year robbed a man who was returning from church of his motorcycle at gun point.

The prosecution said that the incident took place at the Ho Nurses Training College junction at about 11:30 pm.

The court heard that the rider managed to avoid a Toyota Corolla salon car with no registration at the junction, but the occupants of the car who included Adu and Adegbe, trailed the bike and crossed it with their car and forced the rider to stop.

READ ALSO:  The city of Lagos set to ban the use of ‘Okada’

The accused persons then pulled the complainant off the bike and subjected him to severe beatings amid gunshots, the court was further told.

Adu, the prosecution said, then collected the bike from the rider and his cellular phone, after which Adegbe helped to sell the motorcycle to a witness in the case for GHC900.

The accused persons were later arrested after intelligence reports gathered by the police, the court was told.

The prosecution said that after their arrest, Adegbe led the police to retrieve the motorcycle from the witness, in the Vakpo Area, near Kpando.

In their caution statements, Adu admitted the offence, while Adegbe admitted helping Adu to sell the motorcycle.

Adegbe was remanded in police custody to appear before the court again on March 12.

The court said that Adu, by his conduct deserved to be taken out of society for a long time.