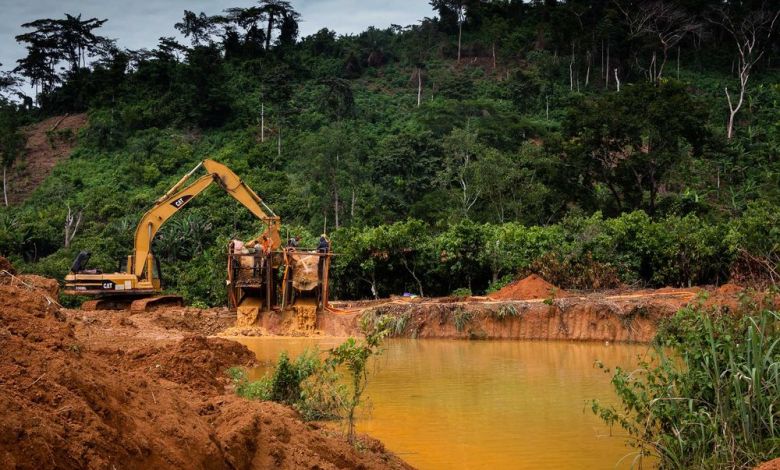 Investigations conducted by the National Intelligence Bureau have revealed that the 20 persons arrested in the Atewa forest reserve for illegal mining are not national security operatives, a statement from the Information Ministry said.

On Tuesday (4 May) the youth of Akyem Akenteng in the West Akyem Municipality of the Eastern Region arrested the suspects in the forest claiming they are national security operatives. They are currently being held by the police.

However, after preliminary investigations conducted by the National Intelligence Bureau it has been established that the suspects were rather commissioned by a contract staff of the Ministry of National Security “for the said activity.”

“Upon completion of preliminary interrogation, both the arrested persons and their said contractor have all been remanded and are due to be arraigned before court,” the statement signed by Information Ministry, Kojo Oppong Nkrumah said.

It added: “The Ministry, through this statement, wishes to assure the public that it remains fully
committed to the fight against illegal mining in the country. The Ministry would also like to caution citizens against perpetrating crime under the guise of National Security. Persons found culpable shall face the full rigors of the law.”

Below is the full statement:

Statement by the Ministry of National Security by KM on Scribd

Asaase Radio 99.5 – tune in or log on to broadcasts online