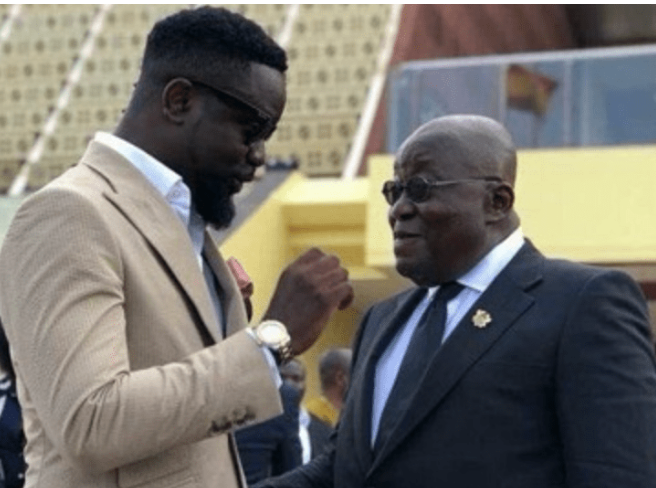 Award-winning rapper Sarkodie has weighed in on the debate surrounding the introduction of tax on electronic transactions (E-levy) in the Ghana.

A Twitter user by the name of @TsaatseB persisted that Sarkodie give his opinion on the E-levy saga.

@TsaatseB tweeted, “@sarkodie Please I want to know what you think about the E-Levy, you have been quiet on it your paddies are speaking their minds ooo.”

Sarkodie responded by tweeting that he understands the importance of paying taxes outside of Ghana since he enjoys avenues it has created.

However, he believes although citizens pay taxes in Ghana, they do not enjoy the amenities these taxes are meant to bring, hence the reason why he believes Ghanaians are complaining about the introduction of the e-levy.

Sarkodie’s tweet reads “I pay a lot of taxes outside and I don’t complain because I’m using avenues they made available to make money ( it’s only right ) it’s not same here and that’s why we complain not because the “E Levy” is bad . When you broke, a harmless “good morning “ can sound like a tease.”