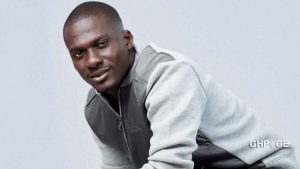 Asked what he does for fun in an interview, Blogger Zionfelix mentioned sex as his number one hobby.

According to the celebrity blogger, apart from sex which he enjoys most, there is nothing that keeps him entertained when he’s away from his job.

He published during the convo that he doesn’t know how to play games, watch TV, drink nor smoke but with matters of intercourse he’s the don, he likes it.

Watch the video below;

Asked again how often he can do it, he said probably the whole week if his girlfriend is around.

This old video of Zionfelix has surfaced in the wake of his Baby Mama saga that has become a topic for discussion on social media.

Like Loading...
Tags: Sex is my hobby – Old video of Zionfelix revealing what he does for fun