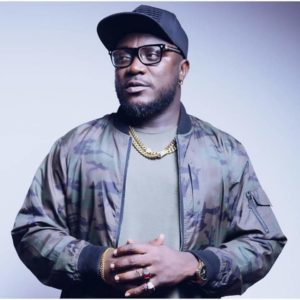 With some few days left for the 2020 December 7 general elections, a lot of politicians are making huge promises amidst the sharing of goodies but Nhyiraba Kojo has this advice for the youth.

The singer known in real life as Rashid Joseph has advised the youth to abstain from any form of electoral violence that will jeopardize our democratic gains as a country.

He advised “We’re in an election year and I have this piece of advice for the youth because we’re the ones who engage in electoral violence. God has survived us for all these years and it’s not now that someone would use their 10cedis or 20cedis to deceive us.

“Even if the person gives you 500 cedis ask yourself how long that amount can survive you for the number of years you have ahead of you. So it’s not this last hour that someone would use some peanuts to deceive you to go engage in electoral violence, he said on Cape Coast-based Kastle FM monitored by MyNewsGh.com.

Speaking in an exclusive interview with Amansan Krakye on the Kastle Entertainment Show, Nhyiraba Kojo advised the youth not to reject cash donations from politicians but eschew electoral violence.

He continued “But it doesn’t mean that reject the money a politician is giving to you. In fact, when a politician gives you money gladly take it but don’t engage in troubles on their behalf. If they tell you to go seize some ballot boxes or stab someone with a knife please don’t do it.”

Nhyiraba Kojo said most of the politicians who give monies to the youth to engage in electoral violence have their kids schooling in abroad so the youth must advice themselves accordingly.

He concluded “Remember that at the end of the day such politicians will be having their kids schooling in abroad so don’t let anyone take you for granted. When they dash you money take it but don’t let them engage you in electoral malfeasance.”

Member of the Creative Arts Industry in Ghana, Socrate Safo has assumed that both the National Democratic Congress (NDC) and New Patriotic Party (NPP)...
Read more

Former President of Ghana John Dramani Mahama insists that he never sponsored adverts against the Free SHS policy which he has promised to make...
Read more
Load more