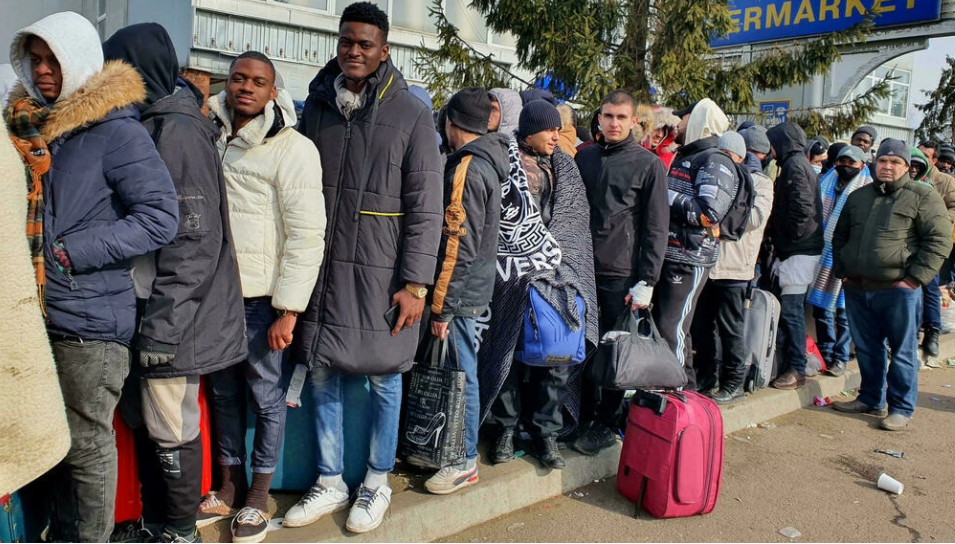 Ukraine’s foreign minister, Dmytro Kuleba, waded into issues surrounding non-Ukrainians fleeing the war in the country, he said, everyone should be assisted equally.

The minister, in his tweet on Wednesday, wrote “Africans seeking evacuation are our friends and need to have equal opportunities to return to their home countries safely. Ukraine’s government spares no effort to solve the problem.”

People trying to leave Ukraine for their home countries alleged segregation and they were also  denied transportation out of Ukraine by officials at the border. Some have allegedly been beaten in racist attacks.

Some foreigners alleged they were ordered off public transit buses at checkpoints between Ukrainian and Polish borders, adding that buses drove away with only Ukrainian nationals on board.

Some witnessed violence from border guards against students waiting at the Ukrainian side of the Shehyni-Medyka border.

Human Rights Watch said: “It is imperative that Ukrainian authorities issue crystal-clear guidance to all border posts that foreigners should not be singled out and hindered in their efforts to seek equal safety across the border. All civilians leaving the country should be treated humanely by authorities.”