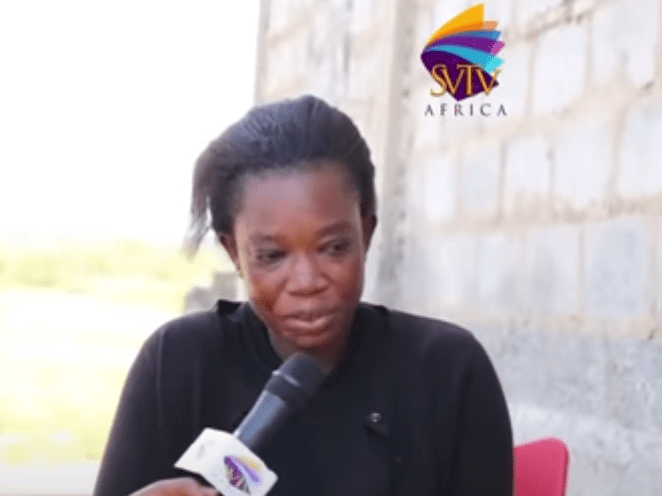 There seems to be a worrying trend among young men and women in the country which needs the earnest intervention of God.

In a span of one week, two women have told stories about their spiritual marriages and how it has wrecked their lives.

The latest to tell her spiritual marriage story is Vida Anane who hails from the Northern Region of Ghana but has moved to Techiman to seek non-existing greener pastures.

For Vida, life has been turbulent from the get go as she started sleeping with her spiritual husband at a very tender age.

Although she got worried, she decided to keep it to herself while she was a kid because she could not share with anyone the shame of sleeping with spirits.

Anane Vida however, decided to voice out her problems when she was admitted to the Senior High School and was told that sleeping with spirits spells bad omen for the individual.

She says although she sought for help, she could not be relived/saved because the spirits kept coming back to satisfy himself every night.

“I told my mother about it when I got to Senior High School and realized it was not a good thing for spirits to be sleeping with me. So I told my mother and we went for help from one powerful pastor but it seems not to have worked because the spirits kept coming back. I started sleeping with people who I know were dead. Even on one of the nights, my father who has died also slept with me.” She revealed on SVTV Africa monitored by MyNewsGh.com.

Vida Anane says life has been unbearable and that she cannot even find a loved one and even people to help her.

She says on one occasion, she was told by a boyfriend she had that her face keeps changing into an animal and also he was warned in his dream to leave me or he will face the wrath of the spirit which is sleeping with me.

Anane is ready for any form of help to fight these demons who she says has made her live a retrogressive life for a very long time.

Tags: spirits made my life unbearable – lady cries out VIDEO: Sleeping with ghosts