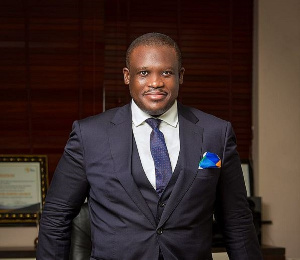 Member of Parliament for Ningo Prampram, Samuel Nartey George, has asserted that Parliament will do all it can to pass the controversial anti-LGBTQ+ bill to criminalise the act.

This comes after portions of the 36-page proposal was shared on various social media platforms with varied sentiments already making rounds on some sections of the bill proposal.

Among some of the actions contained in “The Promotion of Proper Human Sexual Rights and Ghanaian Family Values, Bill 2021” proposal will see culprits face a jail term of up to ten years depending on the crime if passed in its current state.

This means that any person who “holds out as a lesbian, a gay, a transgender, a transsexual, a queer, a pansexual, an ally, a non-binary or any other sexual or gender identity that is contrary to the binary categories of male and female.” commits an offence.

While there’s an ongoing public discourse on portions of the bill proposal, the Ningo Prampram lawmaker, Sam George has reiterated that homosexuality is “not a human right but a sexual preference” hence the need to criminalise the act.

In a tweet shared on Friday, July 23, 2021, Sam George wrote, “I have been overwhelmed by the massive support even here on a very ‘liberal’ platform like Twitter for our Bill on the LGBTQI+ menace. Homosexuality is NOT a human right. It is a sexual preference. Preferences are not absolute or unregulated. We SHALL pass this Bill through”

Meanwhile, Section 14 of the bill is proposing the prohibition of funding or sponsorship for LGBTQ+-related activities.

This would, however, “prohibit a person who funds or sponsors an activity prohibited under the Act commits an offence and is liable, on summary conviction, to imprisonment of not less than five years and not more than ten years.”

Aside from these, the Bill is also proposing the disbandment of all LGBTQ+ groups, societies, associations, clubs and organizations. All groups in existence before the Bill came into existence and are intended to promote such activities are to be disbanded among others.