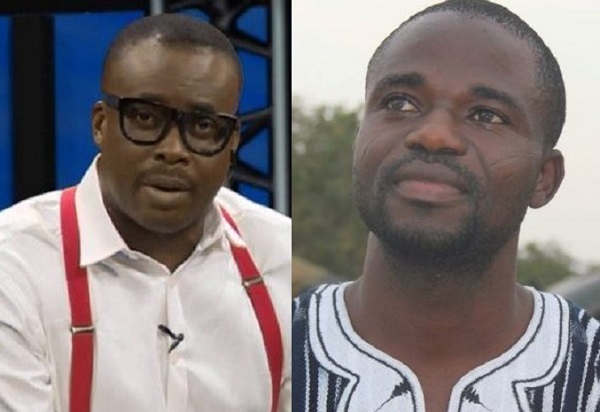 Paul Adom-Otchere, the host of Good Evening Ghana on Metro TV, has called out on Investigative Journalist Manasseh Azure Awuni to seek medical attention as he is suffering from ‘delusions of self-grandeur’, a serious mental health condition over some comments the latter made concerning Twitter’s decision to set up its regional headquarters in Ghana.

Manasseh Azure Awuni, in a Facebook post, replied, “kudos to JA Kufuor, Atta Mills, John Mahama and all who have promoted free speech and made us attractive to the likes of Twitter.”

This comment by the investigative journalist did not settle well with the Good Evening host, Paul Adom-Otchere. He had this to say as a response to the post ;

“Mr Facebook poster, this shows that you are a very bitter person; don’t be bitter; relax; calm down. The essence of life is love, we love each other, and we criticize each other.

This your bitterness against Akufo-Addo is not going to take you anywhere, and it’s not your decision. The Ghanaian people decided that the man has been re-elected for a second time; you fought, you did all that you can; called him all sorts of names because you said he did not achieve something” he stressed.

Paul Adom-Otchere further questioned how Manasseh Azure Awuni, as an investigative journalist, goes about his duties.

“Is that how you do your investigations; by putting hypocrisy ahead of your work? What is that? Please stop that!

This your hatred and penchant for bitterness against Akufo-Addo won’t take you anywhere, whether you like it or not, Akufo-Addo has taken the oath of office for the second time…in spite of the propagandist position you took doing documentaries here and there…you see where you are today? You see the opinion of the NMC on you, don’t hate. Hatred is not a good thing, don’t hate, love! You are hating too much, you are too bitter, calm down and stop this funny behaviour.”

Tags: “You have a mental health problem; go and cure it” Adom-Otchere hits at Manasseh