The 42-year-old, who is the current Ipswich Town Under-23s manager is in hospital undergoing tests.

A statement from Ipswich Town said: “The club can confirm that Ipswich Town U23 manager Kieron Dyer is currently undertaking tests in hospital.” 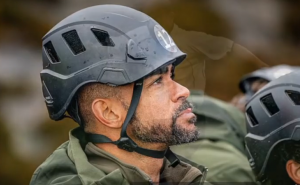 “Everyone at Ipswich Town Football Club sends their best wishes to Kieron at this time. We ask everyone to respect Kieron’s privacy, and we will be making no further comment on the matter.”

Dyer started his long playing career at his hometown club Ipswich Town. He also spent eight years with Newcastle United and made 190 appearances for the club between 1999 and 2007.

Dyer retired from football in 2013 after a short stint at Middlesbrough before joining Ipswich as an academy coach. He made 22 appearances for England during his playing career.