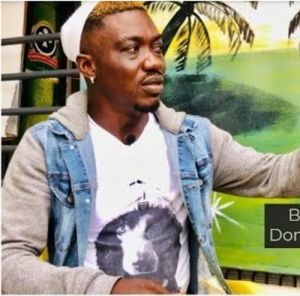 One of the bright lights of 21st-century African football, Bernard Dong Bortey announced his retirement from the professional game earlier this year.

The 38-year-old midfielder finished his career at Accra Great Olympics – despite never taking to the field for them – across town from Accra Hearts of Oak where he made his name.

Insisting that he is only playing in non-professional games now, Dong Bortey – known as Don Dada to his friends and fans – has reinvented himself as a coach, shaping 2nd division Techiman Gold Stars.

But Dong Bortey has expressed an ambitious interest in taking charge of Asante Kotoko, a fierce rival from his playing days.

Promising to restore Kotoko to greatness with a continental title is big talk indeed – the club hasn’t won the Champions League since way back in 1983.

Dong Bortey began his professional playing career with Ghapoha Readers in 2000 at the age of 18. The next season he signed for Accra Hearts of Oak, the club where he enjoyed the greatest success. Apart from two brief loan periods at Al Wasl in Dubai and Bnei Sakhnin in Israel, he stayed with the team until 2010.

During that time he was an integral part of the ‘64 battalion’ alongside Charles Asampong Taylor, Ishmael Addo, and Emmanuel Osei Kuffour. He won four Ghanaian league titles with Hearts of Oak, and in 2002 won the top scorer award.

Between 2010 and 2013 he played for Aduana Stars, before a switch to play in Sweden for Ånge IF in 2015. After that, he was without a contract, but in 2019 he signed for Accra Great Olympic, although a financial dispute caused him to leave the club and promptly announce his retirement on April 30th, 2020.

He played more than 20 times for the Ghanaian national team, his last appearance was in the 2014 FIFA World Cup.

Dong Bortey was a leading light in Ghanaian football, as well as in the continental African game. His exciting playing style and prolific goal-scoring earned him many fans and plaudits, and he is cited as a major inspiration for young African players.

Bortey was among great players that gave a great contribution to the popularization of Ghanaian football among fans of all ages, as well as among bettors who can now find great odds on all sportstake fixtures.

However, Dong Bortey stated that he now wished to switch to coaching having proved everything he had to prove in football. But in another interview he suggested he wasn’t entirely satisfied: “I’m always in pain about my career because when I was in my prime, my target was the African or world best player award,” he said.

Currently coaching Techiman Gold Stars and pleased with his progress, Dong Bortey has his sights set on a bigger challenge. Asante Kotoko is arguably the most successful club in Ghanaian football history, with 24 league titles to their name. They are also bitter rivals with Dong Bortey’s old club Accra Hearts of Oak.

However, Dong Bortey has stated that he wishes to take over as their coach, promising to lead them to Champions League glory once again – the last time Kotoko won was in 1983, when the competition was known as the African Cup of Champions Clubs.

Dong Bortey’s route to success relies on strengthening the squad. He said: “Kotoko has a good strong squad for the Ghana Premier League but they have to buy players outside Ghana to blend the players for them to be able to succeed in Africa.”

Whether or not Dong Bortey gets the chance to coach Kotoko remains to be seen, but as a dynamic and highly visible presence in Ghanaian football, his appointment would certainly generate some excitement.

Tags: Let Me Coach Asante Kotoko; I Will Win Them the Champions League - Bernard Dong Bortey