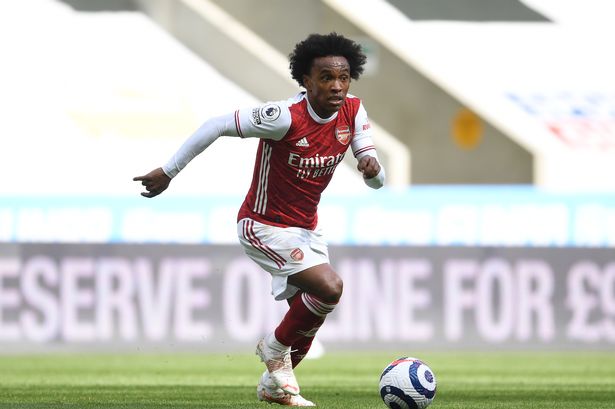 After his contract at Chelsea expired, the 33-year-old Brazilian winger joined the Gunners on a three-year deal last summer. Willian, on the other hand, struggled for playing time last season, with only one goal and five assists in 25 Premier League appearances.

Arsenal has been desperate to get rid of him during the summer transfer window in order to rebuild their squad under Mikel Arteta.

William has two years left on his current contract, which will take him to the age of 35, and is the club’s second-highest earner behind Pierre-Emerick Aubameyang.

Arsenal have been in talks with Corinthians for a few weeks, but the fact that Willian has two years left on his £240,000-per-week contract has caused some complications.

According to Sky Sports, Willian has decided to waive the remainder of his contract in order to return to his native Brazil on a free transfer.

He will reportedly save Arsenal around £20 million in wages by doing so, a gesture that has ‘amazed’ the club’s directors.

The winger is also willing to take a pay cut of 70% to return to his former club.

Arteta confirmed earlier this week that the club was working on a deal to sell Willian.

“We’re having some conversations with him and his agent, and we’re evaluating our current situation,” Arteta said before Saturday’s 5-0 loss to Premier League champions Manchester City.

Tags: Willian tears Arsenal contract into two as he leaves the club for Corinthians