Rastafarians should set up their own schools – NAGRAT President 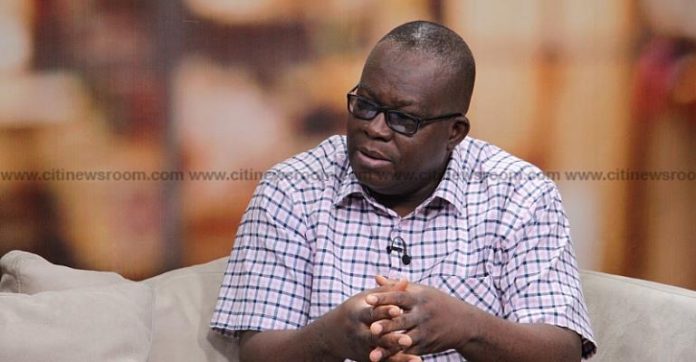 President of the National Association of Graduate Teachers (NAGRAT), Angel Carbonu has suggested that if Rastafarians want their children to keep their dreadlocks on in senior high schools (SHS), then they should set up their own schools in Ghana.

“I don’t even know why the Rastafarians don’t have their own schools, because they’ve been in this country [Ghana] for a very long time,” Mr Angel Carbonu said.

He was addressing a press conference in Accra on Monday [March 22, 2021] in reaction to a decision by the Achimota Senior High School not to admit two Rastafarian first year students on campus unless they cut their hair.

At the press conference Mr Carbonu, said Achimota School did not refuse to admit the students, adding that the school only spelt out the rules and regulations of the school to the parent and the student.

He said the rules and regulations went beyond hair cut.

“The Ga Wulomei will not wear shoes when he is in his white calico, true or not true?

“The Ga Wulumei and the Huno in the Volta Region, the Okomfoo in Ashanti Region, they dress in a particular way is that not so?

“If all these people come to a school and want to manifest their religions what are we going to do?

The debate over the admission of two students with dreadlocks to Achimota Senior High School (SHS) reached another stage Monday when the school stood its ground in asking the students to cut their dreadlocks before they would be enrolled.

Rather, the decision was for them to cut their dreadlocks in conformity with the school’s rules.

The father of the student, Mr Ras Aswad Nkrabea, who sat in the meeting, told the Daily Graphic that the headmistress insisted that the school would not bend its rules with respect to admission.

“The GES and the headmistress of the Achimota School came together and said my son cuts his hair. That is the position both of them took,” Ras Nkrabea said.

He said his next step would be to proceed to court but in the meantime he would find another school until the matter was settled.

“The next step is to take it to court and there’s no question about that. We are trying to find another school now for him,” he said, adding that “I was shocked at the decision of the GES today after last Friday’s directive.”

When reached, a source at the GES said the school had been asked to find a suitable way to get the students in school.

The source said the GES appreciated the interest expressed by various groups and stakeholders “but as far as our mandate is concerned as a public school, all Ghanaian children of school age irrespective of their tribe, gender, disability and religion are provided with quality education.”

Expressing concern about the accusations and counter-accusations over the matter, the source said: “ Those who feel aggrieved can seek redress in the law courts.”

Contrary to what the father of the boy said, the source stated that “as far as we are concerned our earlier decision still holds.”

Last Friday, the GES directed the headmistress of the Achimota School to admit the students who reported to the school to begin their SHS education.

Earlier Monday, the Old Achimotan Association (OAA) better known as Akora, and the National Association of Graduate Teachers (NAGRAT) disagreed with the decision of the GES to direct the management of the school to admit the two Rastafarian students.

They, therefore, asked the GES to redirect the management of the school to ensure that every student abides by the rules and regulations.

They contended that even though the practice of GES officials issuing directives to schools is fairly common in Ghana, the current situation is probably the clearest example of significant breach in the formal arrangements for school governance and regulation.

“We are concerned about the action taken by the Director-General and have therefore requested that he rescinds the directive and allows the governing board to handle the matter,” a letter to the old students, signed by the President of the OAA, Prof. Ernest Aryeetey, said.

The letter said since last Friday, March 19, 2021, the whole of the country had been engaged in a very lively conversation about the admission, or the lack thereof, for two student Rastafarians seeking to enter Achimota School.

“I have listened to and read all the different shades of opinions and arguments for and against the actions of the school. It is a very healthy debate and I think it must continue.

“I am, however, very concerned about the fact that the Director-General of the Ghana Education Service has issued a directive to the Headmistress of Achimota School, through a newspaper interview, to take in the students,” it said.

The OAA President said after consulting with his colleagues on the Executive Committee, he had written to the Director-General of the GES to express the concern of the association that his action had undermined the authority of the school’s governing board.

He said the law governing the management of SHSs in the country made it the responsibility of the school board to ensure effective and efficient governance of the school, putting in place the required rules and regulations for that purpose.

The Privileges Committee of Parliament will from today, August 5 begin hearing of the case brought against the Assin Central Member of Parliament, Kennedy...
Read more
Local News

I Don’t Owe You, Menzgold Owes Me Heavily Too – Nam1 Replies Menzgold Client

CEO of Menzgold, Nana Appiah Mensah, has given an interesting reply to a Menzgold customer who asked for his money. The customer went under his...
Read more
Local News

The Police at Abease in the Yeji District of the Bono East region have busted two suspected armed robbers from their separate hideouts at...
Read more

The Privileges Committee of Parliament will from today, August 5 begin hearing of the case brought against the Assin Central Member of Parliament, Kennedy...
Read more
Local News

I Don’t Owe You, Menzgold Owes Me Heavily Too – Nam1 Replies Menzgold Client

CEO of Menzgold, Nana Appiah Mensah, has given an interesting reply to a Menzgold customer who asked for his money. The customer went under his...
Read more
Local News

The Police at Abease in the Yeji District of the Bono East region have busted two suspected armed robbers from their separate hideouts at...
Read more
Local News

Fisherfolks in Keta and the surrounding towns in the Keta Municipality of the Volta region have resumed fishing on Monday August 2, after a...
Read more
Politics