He’s believed to have picked up five passengers, three males and two females, and drove them to Far Rockaway around 6:30 a.m.

After reaching Beach 54th Street and Arverne Boulevard, the passengers allegedly didn’t pay their fare and police believe that the subsequent attack may have been a botched robbery.

According to witnesses, Gyimah tried to chase them when he was hit in the back of the head. He fell to the ground, hit his head and lost consciousness. 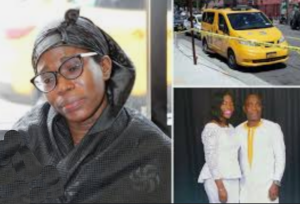 The fifty-two-year-old was found lying in the street with a traumatic head injury. Emergency responders rushed him to St. John’s Hospital, where he later died.

Neighbors in the victim’s Bronx neighborhood described Gyimah as a hardworking man who did whatever he needed to do in order to provide for his family.

Meanwhile, the New York State Federation of Taxi Drivers is offering a $15,000 reward for information leading to an arrest. They are also holding a rally in Queens at 10 a.m. Sunday and say the family is planning to attend.