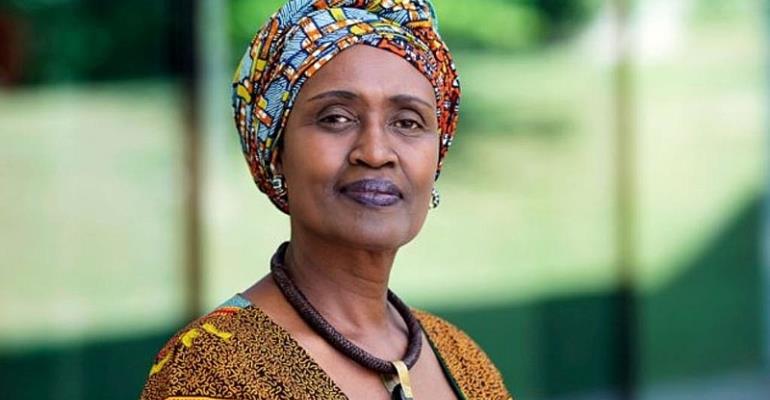 In its message for World Aids Day 2020, the United Nations called for global solidarity and warned that in fighting the Covid-19 pandemic, the world cannot afford to make the same mistakes it made in the fight against HIV, when millions in developing countries died waiting for treatment.

The UN says successive lockdowns have caused the rise of extreme poverty and put access to health care for all diseases at risk.

UNAIDS Executive Director Winnie Byanyima(video embed) called on countries to pull together in the fight against HIV/AIDS and Covid-19 and learn from experience gained in the field.

“Friends, in responding to Covid-19, the world cannot make the same mistakes it made in the fight against HIV, when millions in developing countries died waiting for treatment,” she wrote in a statement.

“Even today, more than 12 million people are still waiting to get on HIV treatment and 1.7 million people became infected with HIV in 2019 because they could not access essential services,” she said.

She urged world leaders to put their people at the heart of their policies to “tackle the inequalities on which epidemics thrive,” adding that there has been a slowdown in the fight against HIV/AIDS.

UNAIDS is also calling on companies to openly share their technology and know-how and to wave their intellectual property rights in the race for successful vaccines, “so that they can be produced at the huge scale and speed required to protect everyone.”

In a new report, Prevailing against pandemics by putting people at the centre, UNAIDS wants countries to make far greater investments in global pandemic responses and to adopt a new set of HIV targets such as reducing discrimination, stigma and punishment related to the illness.

It suggests that if those targets are met, the world will be back on track to ending AIDS as a public health threat by 2030.

AIDS and Covid-19
The Covid-19 pandemic has exposed the weaknesses in society and how key populations have been left behind in many parts of the world – for example women, minorities and low-income earners.

The spread of coronavirus has also caused unprecedented disruption to healthcare services.

Ongoing research has suggested pandemic lockdowns earlier this year saw a slump in emergency room visits for non-Covid related illness such as heart attacks and strokes, as well as an impact on the fight against HIV malaria and tuberculosis.

For the first time since the 1990s, extreme poverty is set to rise, life expectancy will fall and the annual death toll from HIV, tuberculosis and malaria could potentially double, according to the United Nations on Tuesday.

“Possibly the most alarming thing… is the threat of the return of famines, potentially in multiple locations,” United Nations emergency relief coordinator Mark Lowcock told reporters.

The UN said Tuesday that $35 billion would be needed for aid in 2021, an increase “almost entirely because of Covid-19,” he said.

Progress on treating HIV/AIDS in Africa
In November, UNAIDS announced that the new anti-retroviral therapy cabotegravir tested in several African countries could be a “game changer”.

Injected in women every two months, cabotegravir is 89 percent more effective in preventing HIV than daily pills of PrEP, pre-exposure prophylaxis, the organisation found in a recent study.

“If donors and countries invest in rolling out access of injectable PrEP to women at higher risk of HIV, new infections could be dramatically reduced,” Winnie Byanyima said in a statement.

The trial involved more than 3,200 women between 18 and 45 years old who were at higher risk of acquiring HIV, the virus that causes AIDS, in Botswana, Kenya, Malawi, South Africa, Eswatini, Uganda and Zimbabwe, UNAIDS said.

It said expert monitors stopped the trial earlier than planned because there was “clear statistical evidence showing that the injectable medicine is more effective than a daily pill,” the body said.

It added that four women who received injections became infected with HIV, as opposed to 34 women who took the pills, with all the treatments administered in a random fashion.